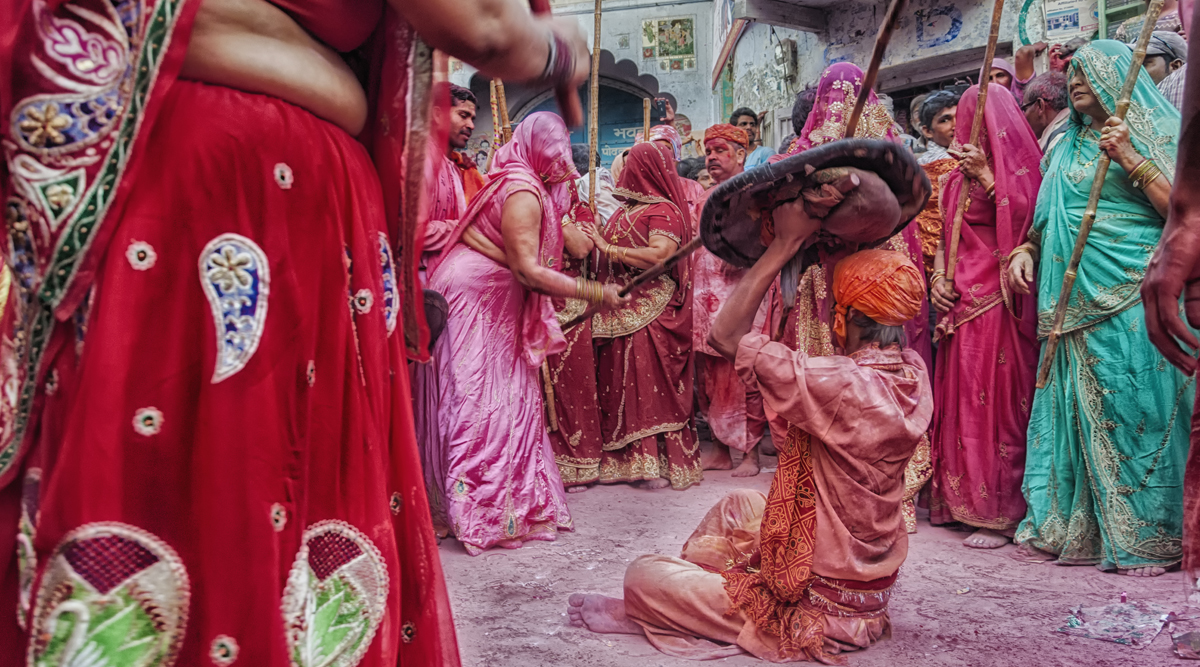 Holi is one of the most loved festivals in India that is celebrated in the colourful season of spring. Celebrated on the full moon of spring, also known as, Phalgun month of the Hindu calendar, the festival is called the festival of colours. It is traditionally celebrated for two days, prominently celebrated in India and Nepal. The celebration starts with Holika being lit on the first day, also known as Holika Dahan. Holi Recipes 2020: How To Make Ghujiyas At Home to Celebrate The Festival of Colours.

Holi is said to be the popular festival of raga-rang that is also known as the messenger of spring. While raga means music and rang means colour, they are two of its main parts.  It is also called Phalguni as it is celebrated in the month of Phalgun. Holi festival starts from Vasant Panchami itself is some parts of the country. However, there are some interesting ways that various parts of India celebrate Holi. Here are some of the best ones:

Jaipur celebrates Holi very vividly. The ‘pink city’. Apart from making Holi a big affair, Jaipur adds a tinge on elegance to the festival by celebrating the Elephant Festival. Right from parades, to tug of war contests, the elephant festival is celebrated is one of its kind.

The famous Lath Maar Holi is celebrated in North India, particularly in Barsana. It is one of the most unusual festive traditions in the country that includes beatings. Men are beaten up by the women of the village with huge sticks, called dandas.

Bhang is an essential part of the Holi celebration.  Some parts of India, people openly consume bhang infused thandai or bhang pakoras to get high. Bhang is prepared from cannabis and it is illegal in India, however, when it comes to Holi, bhang's religious significance is used as a pretext to consume bhang.

In Bengal, the festival is also called Dol Yatra. There is a beautiful tradition linked the celebration of Holi. The idols of Lord Krishna and Radha are placed on swing. Devotees dance around the swing and also rock it. People play Holi with ‘abeer’ on this day.

This Holi ditch the synthetic colours and opt for the herbal ones that are good for your skin. Also don't spray colours on street dogs and other animals, as it may irritate them. Even, traditionally colours used to play Holi used to be natural dyes. However, now pakka colours containing toxic chemicals, petrol etc. have taken over.