Pandit Jawaharlal Nehru Quotes: Remembering India's First Prime Minister On His 56th Death Anniversary With Some of His Memorable Sayings

Jawaharlal Nehru died on May 27, 1964 and today marks his 56th death anniversary. The day is commemorated by offering tributes and prayers to the leader, sharing insightful Jawaharlal Nehru Quotes and Sayings, and taking his vision and teachings forward. 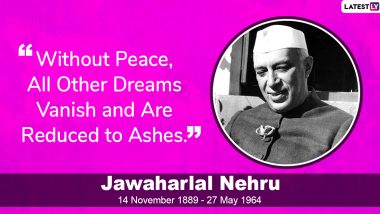 Jawaharlal Nehru is known to be one of the most notable leaders of the world. The first Prime Minister of our country, he played a key role in shaping India as the democratic and secular country that we have grown to know and love. He played a crucial role in shaping the education, industrial and other sectors in the country and his death came as a huge loss to India. Jawaharlal Nehru died on May 27, 1964, and today marks his 56th death anniversary. The day is commemorated by offering tributes and prayers to the leader, sharing insightful Jawaharlal Nehru Quotes and Sayings, and taking his vision and teachings forward. In this article, we have got you a collection of his memorable quotes and sayings which you can share today. 7 Lesser-Known Facts About The First Prime Minister of India.

Jawaharlal Nehru died on May 27, 1964. While the state of his health began to decline steadily after 1962. Nehru travelled back from Dehradun just a day before his death and was quite well and comfortable when he went to bed. However, when he woke up the next day, he began complaining of back pain and immediately collapsed. He remained unconscious until his death and is believed to have suffered a heart attack. Nehru’s death left India with no clear political leadership for some time before Lal Bahadur Shastri succeeded him as Prime Minister. As we remember his great contributions on his death anniversary, we cannot help but go back to some of his more insightful and enlightening quotes on life, challenges and more. 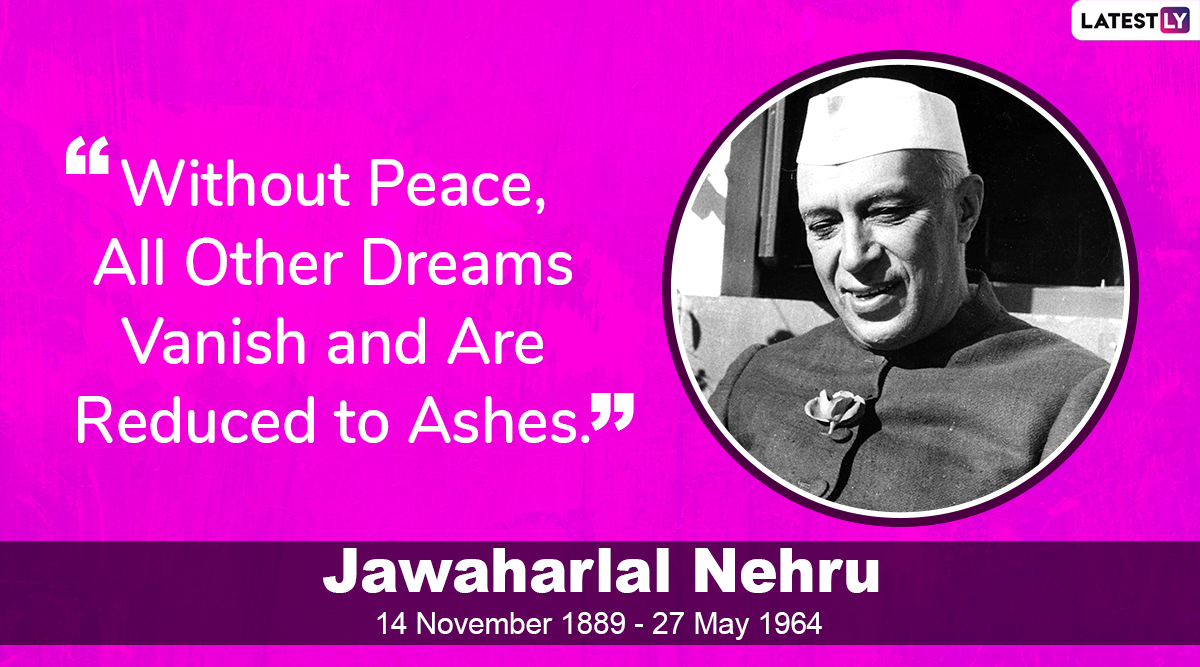 Quote Reads: "Without Peace, All Other Dreams Vanish and Are Reduced to Ashes." 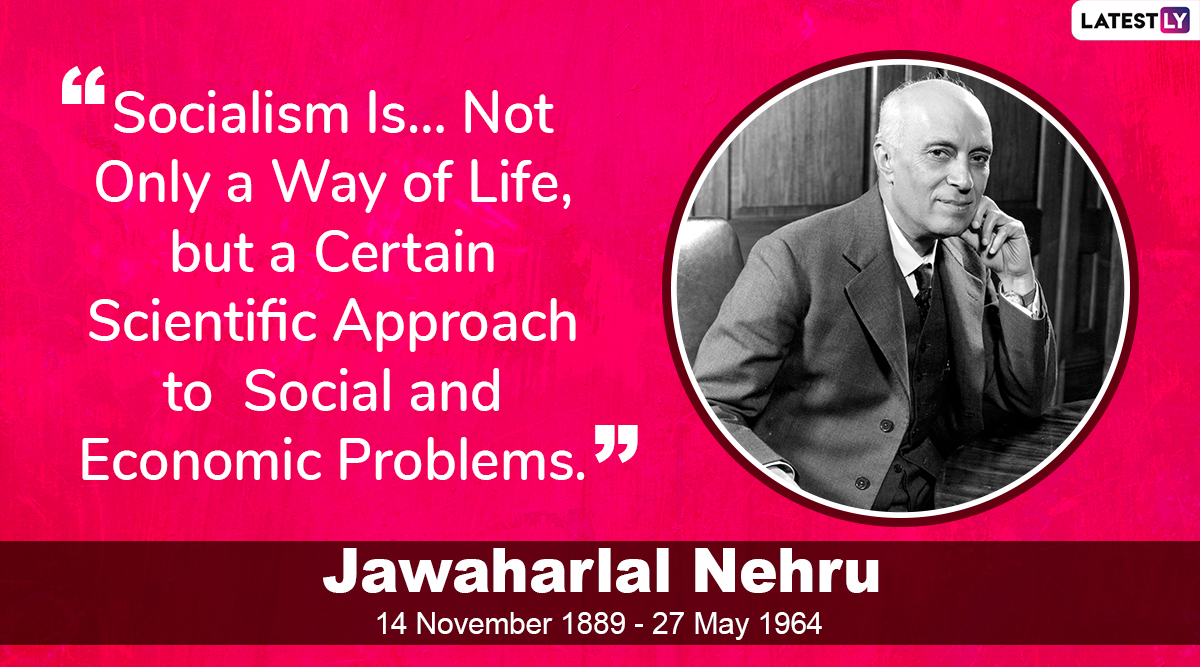 Quote Reads:  "Socialism Is… Not Only a Way of Life, but a Certain Scientific Approach to Social and Economic Problems." 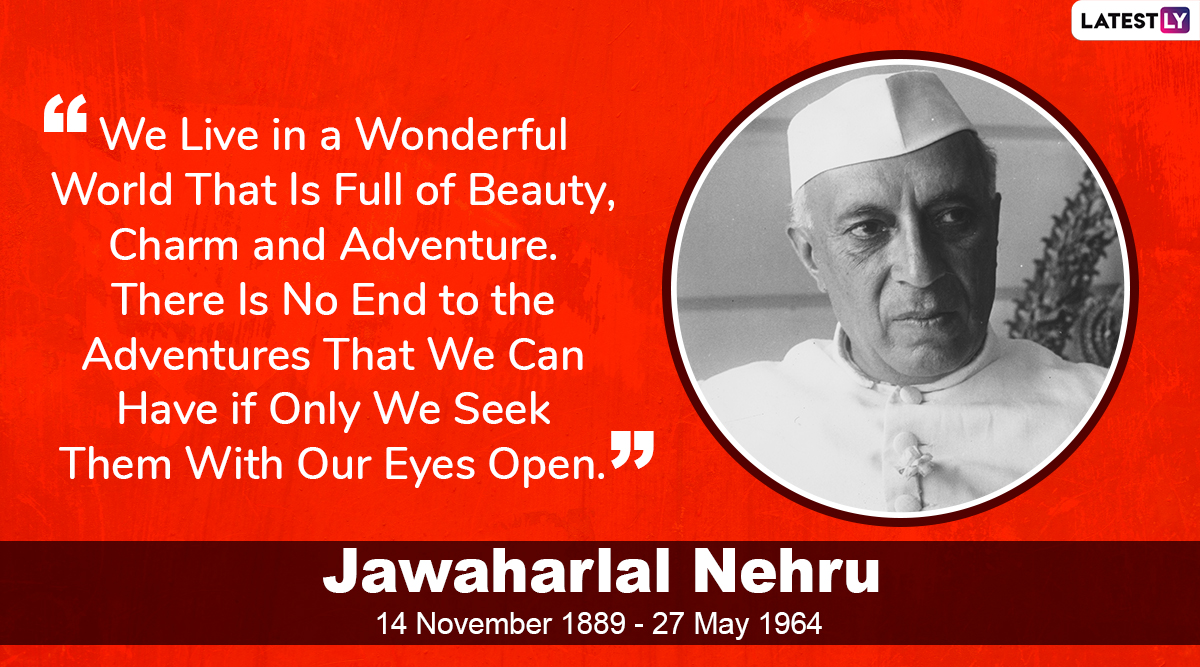 Quote Reads:  “We Live in a Wonderful World That Is Full of Beauty, Charm and Adventure. There Is No End to the Adventures That We Can Have if Only We Seek Them With Our Eyes Open.” 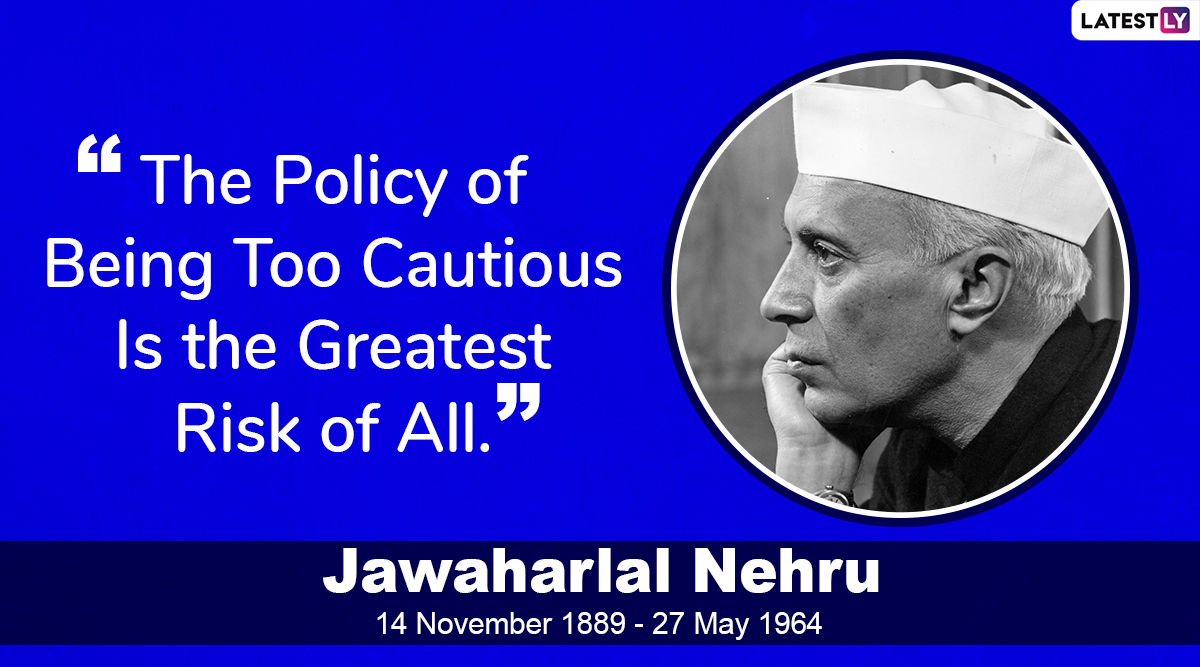 Quote Reads:  “The Policy of Being Too Cautious Is the Greatest Risk of All.” 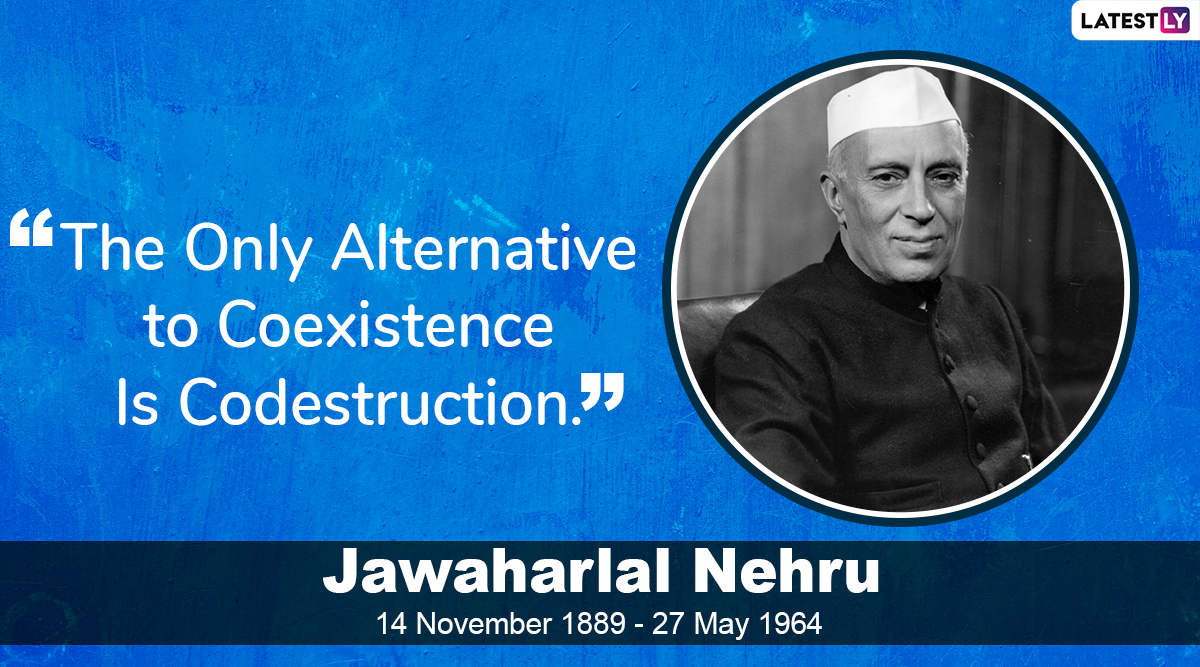 Quote Reads:  “The Only Alternative to Coexistence Is Codestruction.” 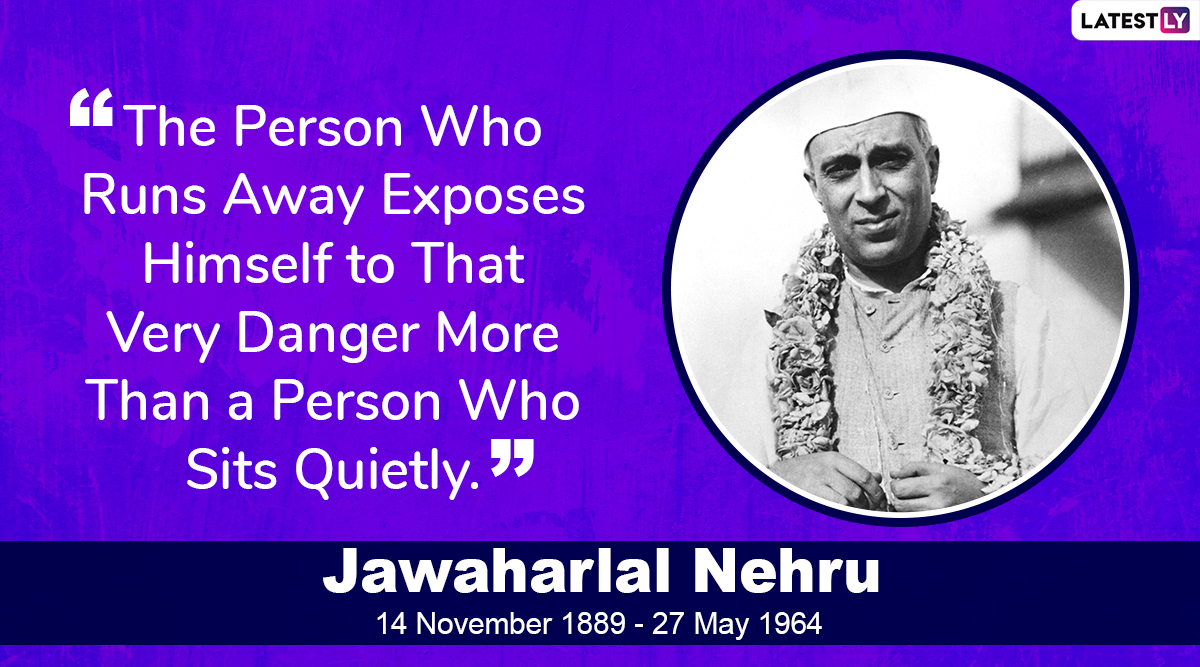 Quote Reads:  “The Person Who Runs Away Exposes Himself to That Very Danger More Than a Person Who Sits Quietly.”

Quote Reads:  “It Is Only Too Easy to Make Suggestions and Later Try to Escape the Consequences of What We Say.” 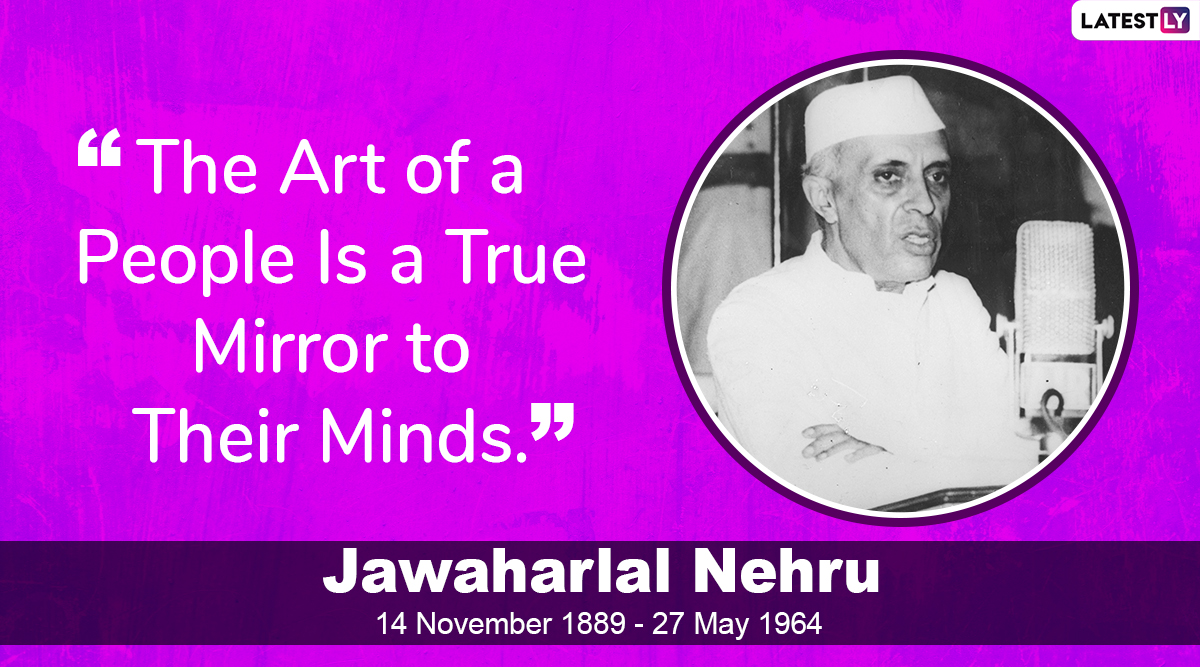 Quote Reads:  “The Art of a People Is a True Mirror to Their Minds.”

Nehru’s vision and his contributions continue to help us even today. Whether it is the universities and hospitals that he helped build or the institutions like IIT and AIIMS that to date are some of the most celebrated institutes in the world. Nehru played a key role in putting India on the global map, and he did so powered by knowledge, development and radicalised change.

(The above story first appeared on LatestLY on May 27, 2020 08:00 AM IST. For more news and updates on politics, world, sports, entertainment and lifestyle, log on to our website latestly.com).