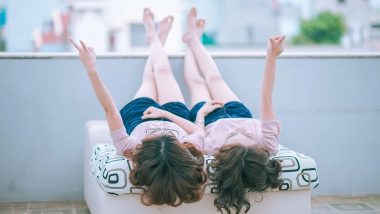 Even though the power of women and celebrating them is in our minds 24/7, March calls for a distinctive observation. Not only that, International Women’s Day falls in this month, but the whole of March is also considered significant. Many of you may not have known, that March is Women’s History Month, and it highlights women's contributions to events in history and contemporary society. With that comes many questions, especially why Women’s History Month is in March and not at any other time of the year. How did it even come to be in the first place? As we are on Women’s History Month 2021, we bring the significance of the observance that commemorates women’s revolutionary role in history.

Like every year, Women’s History Month 2021 will be annually celebrated in March. The whole month is dedicated to honouring women’s contributions in history and their current role in society.

Why is March Women’s History Month?

Women’s History Month was initially observed in the US, UK, Australia, and eventually, other countries too celebrated the month-long event in the same month. It all began with one single day in 1908 in New York City, when thousands of women united and marched together for better labour laws, conditions and the right to vote in the country. A year later, on February 28, members of the Socialist Party, suffragists and socialists gathered in Manhattan for what they called the first International Women’s Day.

The commemoration began in 1970 as “Women’s History Week,” in Sonoma County, California and was championed by Gerda Lerner and the National Women’s History Alliance to be recognised as a national week in 1980 and then national month in 1987, in the United States before spreading internationally.

The National Women’s History Alliance (NWHA) selects and publishes a yearly theme for Women’s History Month every year. 2021 is all about capturing the spirit of the challenging times we are living through. Because of the pandemic, many centennial celebrations were restricted. This year’s annual theme is a continuation of 2020, “Valiant Women of the Vote: Refusing to Be Silenced.”

(The above story first appeared on LatestLY on Mar 03, 2021 05:24 PM IST. For more news and updates on politics, world, sports, entertainment and lifestyle, log on to our website latestly.com).