Buruli Ulcer in Australia: What Is Flesh-Eating Disease? How Is It Spread? Is It Linked to Possum? Here’s Everything to Know About the Infection

A flesh-eating disease, called Buruli Ulcer, has reportedly been identified in Australia’s inner Melbourne for the first time, but it is not entirely new to the researchers. So, what is a flesh-eating disease? How is it spread? Is it linked to possum? In this article, we will bring you all the details about the infection. 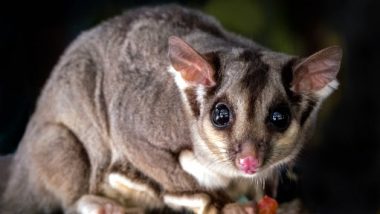 We are in the middle of the COVID-19 pandemic, and it appears to take more time before we can finally return to normalcy. With vaccines coming up and giving hope to people, the rising number of cases is worrisome. Amid the ongoing scenario, reports are coming in from Australia about a flesh disease. Although there needs a lot more research and studies before finally describing the prevention measures, the disease name in itself is scary. The flesh-eating disease, called Buruli Ulcer, has reportedly been identified in Australia’s inner Melbourne for the first time, but it is not entirely new to the researchers. According to reports, about 21 cases of the ulcer have been confirmed this year - up 12 percent for the same period last year. So, what is a flesh-eating disease? How is it spread? Is it linked to possum? In this article, we will bring you all the details about the infection.

What is Buruli Ulcer?

According to WHO, Buruli Ulcer caused by Mycobacterium ulcerans, is a chronic debilitating disease that affects mainly the skin and sometimes bone. The organism belongs to the family of bacteria that cause tuberculosis and leprosy, which allows for collaboration with these disease programmes. But Mycobacterium ulcerans is an environmental bacterium and produces a unique toxin—mycolactone. The Buruli ulcer can rapidly destroy skin and soft tissue if not treated with a combination of specific antibiotics and steroids for weeks, and in many cases, for months.

The initial sign of Buruli ulcer is usually a painless, non-tender swelling and often mistaken for an insect bite. While scratch can occur anywhere on the body, it is most common in the limbs' exposed areas. Bone is occasionally affected, causing deformities. Health workers are advised to be careful in diagnosing Buruli ulcers in patients, especially with lower leg lesions, to avoid confusion with other cause of ulceration like diabetes and venous insufficiency lesion.

Buruli Ulcer: How Is it Caused and Spread? Is It Linked to Possum?

Buruli ulcer has been reported in about 33 countries in Africa, the Americas, Asia and the Western Pacific. In 2018, the tissue-eating disease causing ulcers and lesions on the skin was found in Victoria's regions. It is not known how humans become infected. However, some researchers speculate that mosquitoes may play a role in its spread. The bacteria is found naturally in the environment. Besides being detected in mosquitoes, they have also been found in vegetation and possum poo.

However, it is essential to note that the exact mode of transmission is still unknown. Buruli ulcer is not transmissible from person to person, and there is no evidence of transmission between possums and humans, the country’s Health Department stated.

At present, there are no primary preventive measures for Buruli ulcer. But one way to control is to minimise the suffering, disabilities and socioeconomic burden. WHO suggests an early detection can be the cornerstone of the control strategy.

(This article is written for an informative purpose and should not be substituted for medical advice.)

(The above story first appeared on LatestLY on Feb 25, 2021 03:09 PM IST. For more news and updates on politics, world, sports, entertainment and lifestyle, log on to our website latestly.com).