Forget cavities, not brushing properly could cause diabetes, cancer and other dangerous diseases. 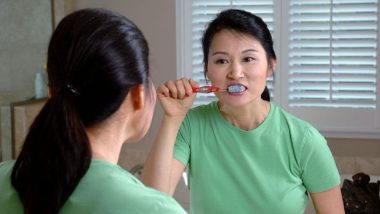 Keeping your teeth clean is no longer just an oral hygiene issue. Not brushing correctly or ignoring your teeth can increase your risk of diabetes, according to a new study. Lead author of the study Dr Raynald Samoa from the City of Hope National Medical Center in Duarte, California revealed that the researchers found a positive connection between poor glucose tolerance and missing teeth.

The study was presented at ENDO 2018: The Endocrine Society’s 100th Meeting and Expo. A total of 9670 people were examined and established whether they had diabetes and whether their condition was treated with oral agents or insulin. They recorded the numbers of missing teeth in these patients due to cavities or gum diseases. The researchers then found that there was a clear connection between lowered glucose tolerance and higher number of patients with missing teeth.

However, diabetes is not the only disease tied to poor dental health. Taking your dental hygiene can result in many health problems. Following are a few of those.

Bad dental hygiene can put a person at risk for cardiovascular diseases. If you suffer from gum inflammation, the bacteria responsible, Streptococcus sanguis, can actually get into your blood stream and harden the arteries in a condition called atherosclerosis. It’s a serious problem that can lead to heart attacks. Some studies also say that more the number of bacteria in your blood, the thicker your arteries get. This could restrict blood supply and even cause a stroke. Bacteria can also penetrate the inner linings of the heart and valves, causing infection of the heart.

Scientific evidence also suggests that bad oral hygiene can also be linked to degenerative neural diseases like Alzheimer’s disease and dementia. Even this time round, the culprit is the bacteria that causes gum diseases called Porphyromonas gingivalis. It is believed that the bacteria enters the brain through the nerve channels or the blood. Researchers have detected the bacteria in the brain samples of patients who have dementia, tying them to the degenerative disease.

Not keeping your mouth clean can also cause deadly diseases like pneumonia. Study shows that people with chronic respiratory diseases have worse dental health than those who don’t. The harmful bacteria in the mouth Porphyromonas gingivalis and Aggregatibacter actinomycetemomitans can get aspirated (breathed) into the lungs, causing respiratory infections and other chronic obstructive pulmonary diseases.

Harmful oral bacteria affects men’s sexual health in the same way it causes other health problems. The bacteria that causes chronic periodontal diseases gets absorbed into the bloodstream and causes inflammation and blockages in the blood vessels. This inflammation can cut off blood flow to the genitals, making erection nearly impossible to achieve.

At the root of all the aforementioned health problems is oral bacteria proliferated by gum diseases. Following a strict dental regimen, brushing twice a day, flossing and eating a fibre-rich diet will keep these trouble-causing bacteria at bay.

(The above story first appeared on LatestLY on Mar 21, 2018 12:56 PM IST. For more news and updates on politics, world, sports, entertainment and lifestyle, log on to our website latestly.com).