Lucy Wills Honoured By Google Doodle: How the Haematologist Saved Lives of Pregnant Women With Her Discovery of Folic Acid 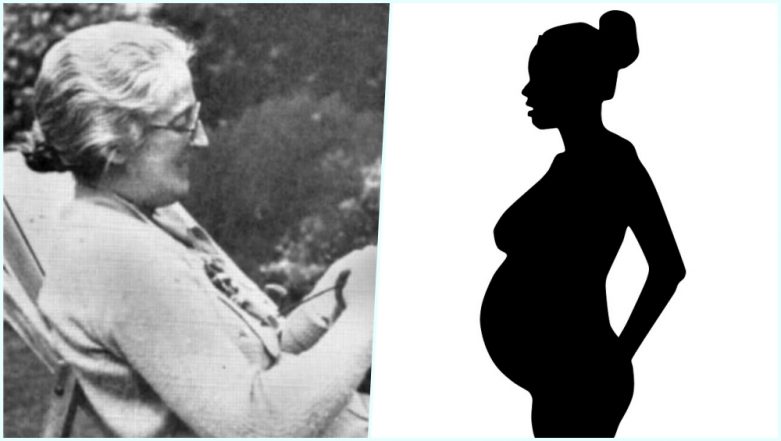 Today, Google Doodle honoured haematologist Lucy Wills on her 131 birth anniversary. Although her contributions today may not be widely known, it is felt and appreciated all over the world. Her pioneering efforts helped discover folic acid, an important nutrient that transformed pregnancy nutrition. Before her monumental discovery, pregnant women suffered from malnutrition, which caused birth defects in their children. Today, pregnant women are asked to have foods rich in folic acid. But that wasn't the case before.

Neural tube defect was one of the most serious consequences caused by nutritional deficiencies. During the first weeks of pregnancy, the neural tubes, which form the brain and spinal cord of the foetus, develops and closes.

If the mother doesn’t receive enough folate in her diet, her child’s neural tube, does not close, giving rise to diseases like spinal Bifida.

The British-born Lucy Willis suffered personal tragedies at a young age. Both her father and her sister died untimely deaths, which deeply disturbed Lucy and fuelled a life-long thirst to travel.

In 1915, she attended the London School of Medicine for Women and got a degree in medicine. It was here that she developed a curiosity about blood.

India in 1928 was under the British rule. And many female textile workers in Bombay were suffering from a potentially fatal form of anaemia.

Lucy was intrigued and decided to travel to Bombay to find a cure for the suffering women. She discovered that the female textile workers were, in fact, poor and heavily malnutritioned. Their diet was deficient in proteins, vegetables and fruit, which caused deficiency.

Lucy averred that replacing their deficient food with a vitamin-enriched diet could make all the difference. She proposed feeding the women a nutritious yeast extract, which was a popular breakfast dish in Britain, to plug the deficiency.

Lucy’s efforts worked and therapeutic trials found that the breakfast made of yeast extracts helped in preventing and curing the women’s anaemia. She observed that the nutritional factor in the yeast was the one the Bombay women were missing.

By plugging this deficiency, she could prevent deaths due to anaemia in pregnancy. Soon, it came to be known as the “Wills factor.”

After relentless research, Lucy and colleagues were able to detect the Wills factor in foods other than the yeast, like liver. These nutrients could treat and prevent multiple forms of anaemia.

Although folic acid was formally named so only in 1941, Wills factor had already become a treatment method.

It was her efforts that helped the world understand the importance of folic acid, iron, vitamin B12 and B3 during pregnancy. Even to this day, the group of nutrients are prescribed to pregnant women to prevent developmental disabilities in their children. Had it not been for the relentless efforts of the pioneering Lucy Wills, the world would have not known the importance of nutrients during pregnancy to prevent birth defects.