Forbes has stripped Kylie Jenner of the billionaire status and accused her of forging her tax returns. Whoa! It is reported that she was inflating her net worth. 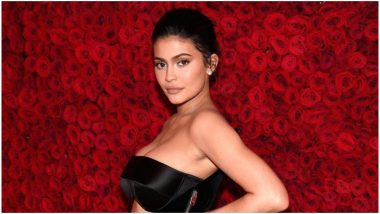 Kylie Jenner, Kim Kardashian's half-sister, stunned the world by earning the title of the youngest self-made billionaire in 2019 and continued to hold it in 2020. She had beaten Facebook founder Mark Zuckerberg to grab the title in Forbes' annual ranking of the world's richest people. But here comes the twist in the tale, a year later. Forbes has stripped her of the billionaire status and accused her of forging her tax returns. Whoa! It is reported that she was inflating her net worth.

Forbes published a lengthy expose on Kylie today explaining how the entrepreneur inflated her income to the media and beauty world. The report stated that Kylie Cosmetics "is significantly smaller, and less profitable than the family has spent years leading the cosmetics industry and media outlets to believe". Kylie Jenner Shares Pic of Stretch Marks on Boobs on Instagram! Netizens Praise the Beauty Mogul for Crushing Fake Beauty Standards.

"More than a third of that is the estimated $340 million in post-tax cash she would have pocketed from selling a majority of her company," the publication explained. The rest is made up of revised earnings based on her business’s smaller size and a more conservative estimate of its profitability, plus the value of her remaining share of Kylie Cosmetics—which is not only smaller than the Jenners led us to believe, but is also worth less now than it was when the deal was announced in November, given the economic effects of the coronavirus."

The publication accuses Kardashians and Jennersof going to great lengths to inflate their income - from inviting publications to their mansons to forging tax returns.

(The above story first appeared on LatestLY on May 29, 2020 11:49 PM IST. For more news and updates on politics, world, sports, entertainment and lifestyle, log on to our website latestly.com).