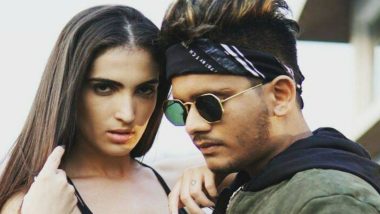 Rapper and music composer Giri G will be releasing his brand new track under the shed of collaboration with Dj Ruchir who has perviously worked with Badshah, B Praak and Jonita Gandhi.

Giri G who has latley released his single 'Kyon Nahi' says, the upcoming track 'Kyon' is the melody which differs from all my last tracks. The song is peculiar and will hit the right strings of the listeners.

Coming to the construction of the song, the song is a Punjabi romantic melody sung and composed by Giri G, Music by DJ Ruchir, while the lyrics are penned by Shatrun. The song will be directed by Shravan Patil, while the track is mastered by Hanish Taneja who has laid his hands mastering the track of Divine and Nazey.

The song is being shot and will be released by the end of the August 2020. Giri G claims that the team sweating for the song is one of the elite crew he has worked ever.