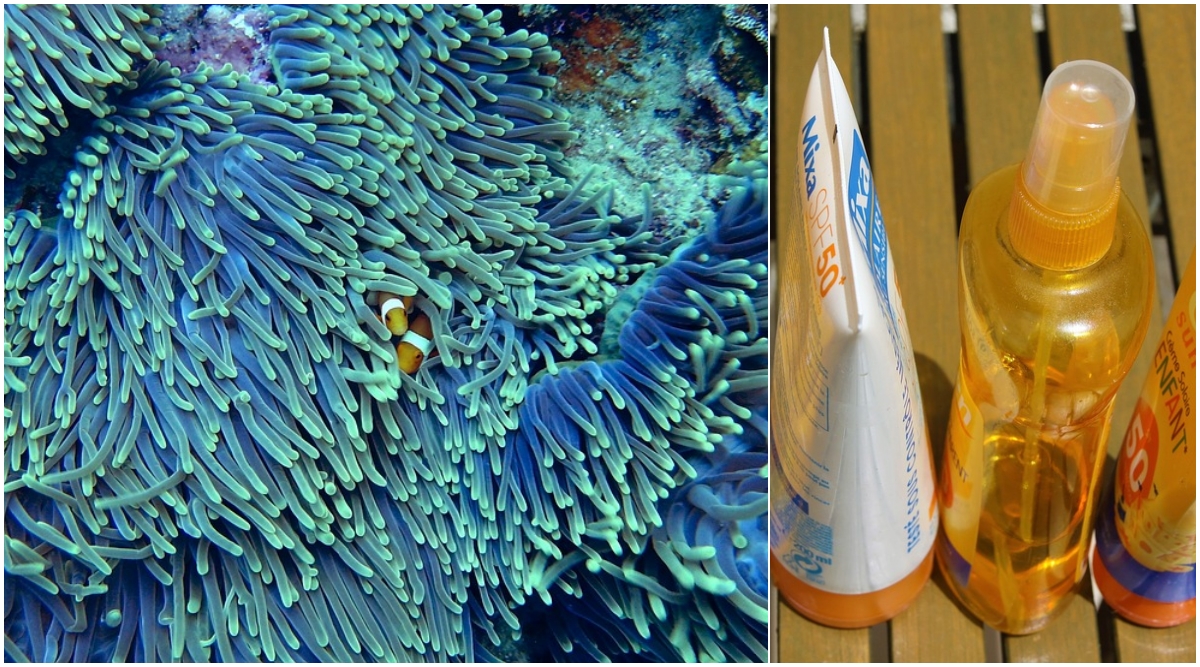 Ngerulmud, Jan 1 (IANS): The Pacific nation of Palau has become the first country to ban sun cream that is harmful to corals and sea life. From Wednesday, sun cream that includes common ingredients, including oxybenzone, is not allowed to be worn or sold in the country, the BBC reported. Palau's President Tommy Remengesau said: "We have to live and respect the environment because the environment is the nest of life." The island nation markets itself as a "pristine paradise" for divers. Palau To Ban Sunscreen To Save Coral Reefs: Here's How Sunscreen Affects Marine Life.

A lagoon in Palau's Rock Islands is a Unesco World Heritage site. The country has a population of around 20,000 dotted across hundreds of islands. The ban -- which was announced in 2018 -- prohibits sun cream containing any of 10 ingredients. The list includes oxybenzone and octinoxate, which absorb ultraviolet light. Hawaii Bans Sunscreen Lotions to Protect its Coral Reefs, Becomes First US State.

The International Coral Reef Foundation said the banned chemicals were "known environmental pollutants -- most of them are... incredibly toxic to juvenile stages of many wildlife species". Other places to announce bans on the sun cream include the US Virgin Islands -- where the law takes effect in March; the US state of Hawaiian -- the ban comes into effect in 2021, and the Dutch Caribbean island of Bonaire.