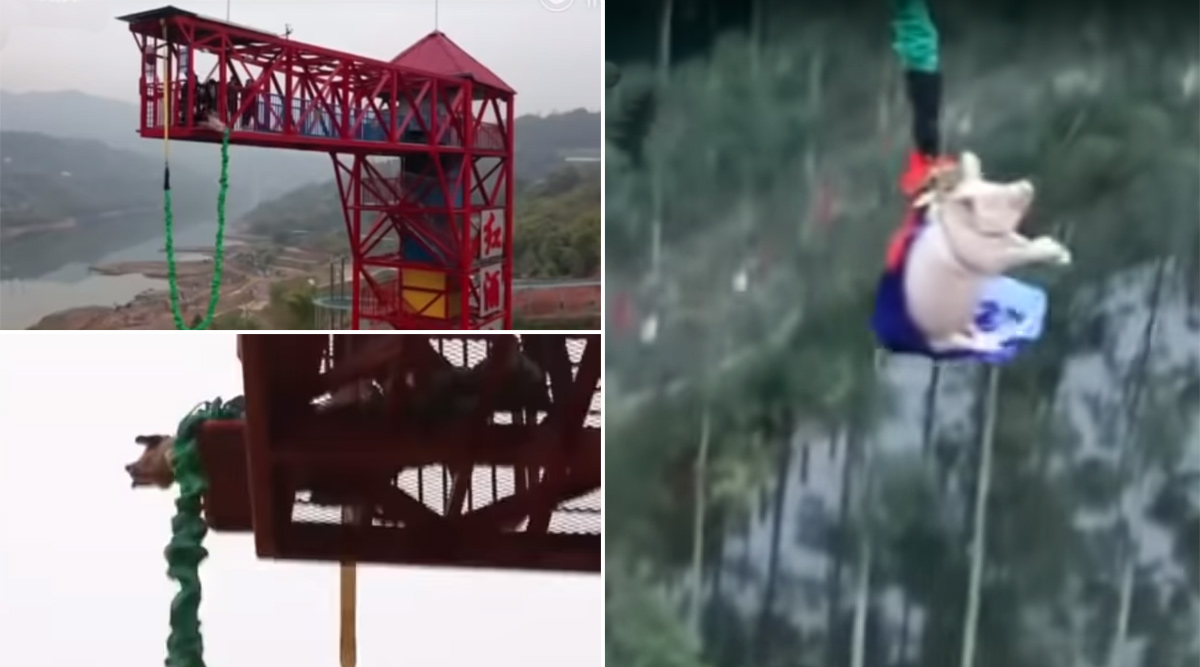 An amusement park in China took things a bit to far to entertain their visitors. The Meixin Red Wine Town theme park in Chongqing, south-western China forced a 75 kg pig to bungee jump off a 68 metres platform for 'fun.' Video and pictures of the stunt with the animal were shared on social media and it has caused outrage among netizens. The incident took place on 18 January at the opening of the theme park's bungee attraction. The marketing strategy to use a pig was a rather miserable attempt of seeking publicity. Pigs as Big as a Polar Bears Are Reared in China! Farmers Breed Giant Swines to Deal With Shortage.

According to local reports, the pig weighed 75kg (165 lbs). Both the hands and legs of the animal were tied together and it was taken to the platform with the help of a stick. The video shows the animal being pushed off the tower with a purple cape tied around its shoulders. Some reports say, the staff mentioned that the pig did not suffer from any mental trauma before or after the activity. But the entire idea of using a pig to show off their newest addition in the park is being slammed by activists and the general public. The video of the stunt was shared online and it has far from impressed anyone.

Watch The Video of Bungee Jumping Pig in China:

Here's Pics of The Stunt:

PETA activists also condemned this act calling it "animal cruelty at its worst". Other users also called it a torture for the animal. While the video doesn't show what happens to the pig later, reports say it was later sent to a slaughterhouse. Some users also called these actions as no less than killing an animal for its meat. Animal cruelty in China is not a punishable offence but because of the animal activists, there is a growing awareness about the same.