Arunachal Boy ‘Blindly’ Solves Rubik’s Cube in Less Than a Minute! This Viral Video Will Blow Your Mind 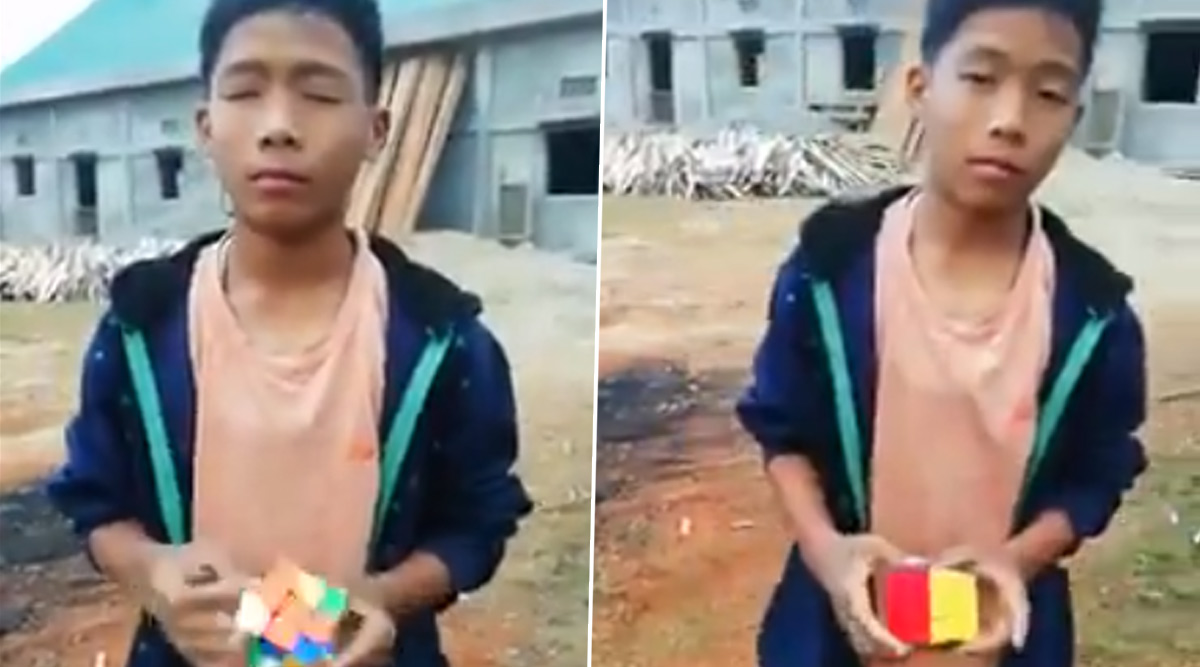 Solving a Rubik’s cube is never a joke! Ask someone, who has been trying for ages. But time and again, we have come across videos that show geniuses solving the puzzle so effortlessly. Some stay blindfolded, while other flip flops it. Amid the numerous tricks, the result is solved! Now an Arunachal boy is going viral, for his amazing talent of solving the magic cube in less than a minute, ‘blindly.’ He kept his eyes closed throughout while; his hands were busy making the colours adjacent! The video, capturing this moment, is going viral and will surely blow your mind. Man Solves 3 Rubik's Cubes by Just Juggling Them.

Indian Forest Service Officer, Praveen Kaswan uploaded this video. The boy identified only as Chingta is from a remote village called Longkai, based in Longding district of Arunachal Pradesh. The person shooting the moment explained that he is a master in solving Rubik's cube in mere seconds. And he can fix it with his eyes closed. It took him less than a minute before the cube is solved! 7 Year Old Hyderabad School Kid Finishes The Rubik's Cube in 51 Seconds.

Look at the sheer talents we have in our remote villages. I got this as a forward which says; He is from Arunachal pradesh, Longding District belongs to wancho tribe. Village Longkai. pic.twitter.com/Yow99pBW1g

Its real talent we have in the villages of India. People who have surpassed basic algorithm, know how quickly he did it, not messing up the pieces already in place. While for most of us, before we try to figure out how the young boy did it, his Rubik’s cube is solved. If the boy gets professional training, he can surely do wonders in the future, making our country proud.