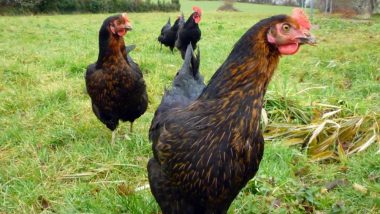 A few months ago Rehan Baig had appeared at Bradford Crown Court with his wife Haleema and entered guilty pleas to 11 charges. According to a report in Daily Mail, the couple used a GoPro camera to capture the depraved act of her in the basement of their home and it is also being told that at one point Rehan was also having sex with his wife and the chickens alternatively. The horrific sexual assault caused the two chickens to die and in in the verdict, the judge told labelled his behaviour "despicable, depraved and perverted".

Last year, a 21-year-old man from Malawi, Africa was arrested on the suspicion of having sex with a goat. While he was charged with bestiality but reportedly he claimed that he’d asked the animal’s permission aka consent to having sex with it. The owner of the goat earlier suspected that Kambani was trying to steal the goat but when he arrived at the scene, he was shocked to see that he was indeed having sex with the cattle in the field. In 2018 An Australian was jailed for having sex with a horse. Daniel Webb-Jackson, 31 broke into a stable in Grafton, New South Wales and was caught on CCTV penetrating the animal. He told the court that the two-year-old filly gave him consent by smelling his crotch and winking at him.

(The above story first appeared on LatestLY on Oct 21, 2020 06:35 PM IST. For more news and updates on politics, world, sports, entertainment and lifestyle, log on to our website latestly.com).