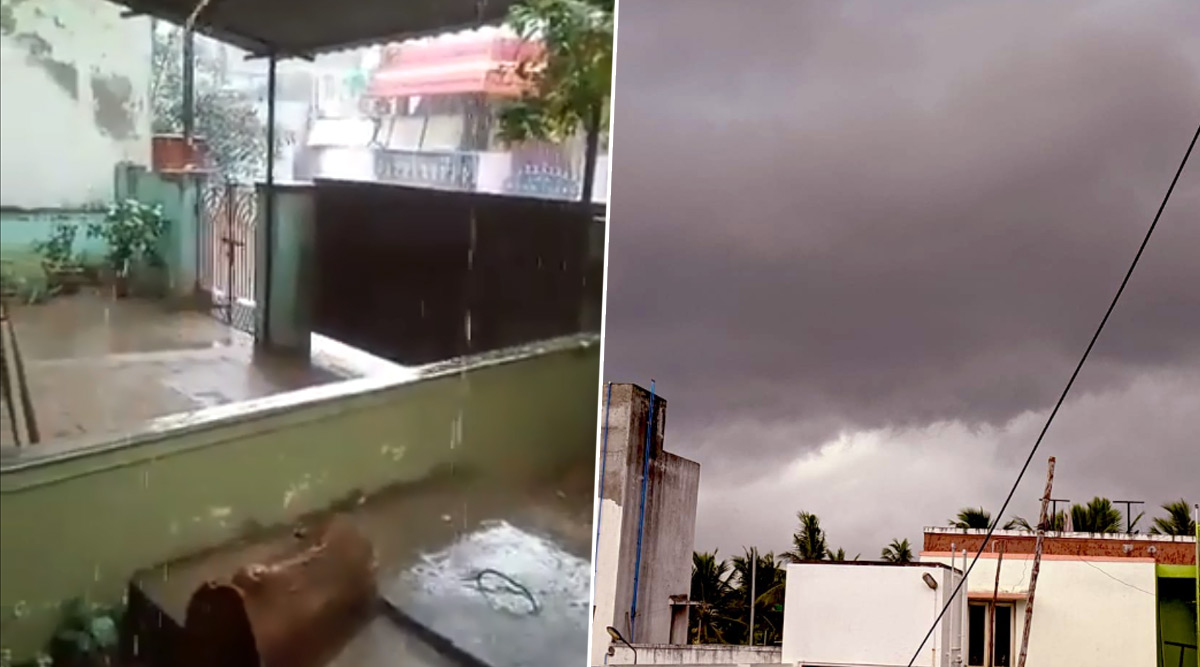 Rains brought respite to Chennai which was sweltering under heat of the sun. The unlikely change in weather has brought down temperatures considerably in parts of Tamil Nadu. As rains lashed the city, people took to Twitter sharing pictures and videos of drenched city. #ChennaiRains is among top trends on Twitter now. The city had also been experiencing high-level of humidity. On Wednesday at 11 am, Chennai recorded a minimum humidity of around 74 per cent. The city recorded 34 degrees in Nungambakkam and 35.6 degrees in Meenambakkam yesterday. However, the sky had been becoming cloudy, predicting rainfall.

People took to Twitter expressing shock and surprise on seeing the change in the weather. Twitterati shared videos of cloudy skies wondering about the sudden change. People also posted photos and clips of rainfall from their house. As people are in quarantine due to coronavirus lockdown, some said they were glad they were home during the rains. Meanwhile, check pictures and video of Chennai rains which are trending on Twitter.

Even though it rains in some parts of Tamilnadu. Presence of Chennai Rains is always Special. Video Courtesy: Francis from Marina

Hope everyone is enjoying rains after a long time #chennairains pic.twitter.com/jb8EPB97B7

Rains Bring Down Temperature in Chennai:

IMD had also forecast thunderstorms for the next two days in the interior regions of Tamil Nadu. According to the Regional Meteorological Department of Chennai, Kanniyakumari, Thoothukudi, and Tirunelveli will experience moderate rainfall. The temperatures have dropped to 25-degree celsius from the usual 33-degree celsius. The rains are coupled with a breezy wind in the city.

Chennai's Weather At Its Best! ❤😍