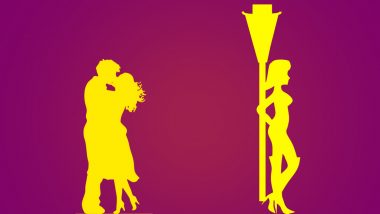 A boyfriend has got the shock of his life when his brother found out what her study sessions in the library meant. It so happened that a Chinese student named Xiao studying in Australia got along with another Chinese girl and they began dating. The guy found his girl's studiousness very attractive, until the real reason for her study sessions was revealed to Xiao by his brother from China. Xiao's brother stumbled upon his brother's girlfriend in porn videos! What followed is even more shocking, as when Xiao was willing to forget things and reconcile, the girl said she did it for the money and did not care what he thought! Girlfriend Stabs Boyfriend With Scissors in China After He Called Her 'Too Fat to Eat Ice Cream'.

He then sent a letter to his brother persuading him to break up with her. On questioning why, the brother sent him a link to an adult website along with a specific keyword. The search results threw up porn videos of Xiao's girlfriend! A heartbroken Xiao decided to then confront her about her escapades to the "library" when she revealed that she was working as an escort. The couple was in a very serious relationship and had even discussed marriage. But the girlfriend said she did it for the money. Xiao was still okay to forgive her and reconcile but wanted to get this to her father's attention. The girlfriend, however, did not seem to be affected by the whole situation, which is when Xiao decided it was best for them to break up.

(The above story first appeared on LatestLY on Dec 09, 2019 10:41 AM IST. For more news and updates on politics, world, sports, entertainment and lifestyle, log on to our website latestly.com).