CBSE Class 12th, 10th Results Not to Be Declared on July 11 And 13; Circular Going Viral on Social Media About Result Dates is Fake 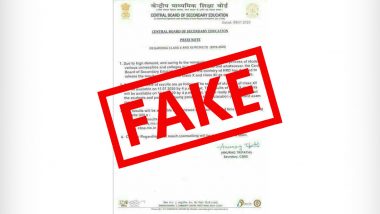 New Delhi, July 9: At a time when students are eagerly waiting for their board results, a circular is doing rounds on social media claiming that the Central Board of Secondary Education (CBSE) will declare results for Class 12 and Class 10th on July 11 and 13 respectively. The circular also carries a logo pf CBSE on the top. However, later it was found out that the CBSE has not issued any circular regarding the results.

The fake circular read, “Due to high demand, and owing to the remaining admission process of students various universities and colleges in India and abroad whatsoever, the Central Board of Secondary Education along with the Ministry of HRD has decided to release of students of class X and class XII as early as possible.” CBSE Syllabus Row: HRD Minister Ramesh Pokhriyal Sees 'False Narrative' in Criticism Over Dropping Certain Chapters.

A fake message is being circulated with regard to the declaration of Class 12 and Class 10 Board Results 2020. The Board has not yet announced the result dates: Central Board of Secondary Education (CBSE) https://t.co/z0WGQcIaBW pic.twitter.com/ecIsHH3jch

Image of The Notification: 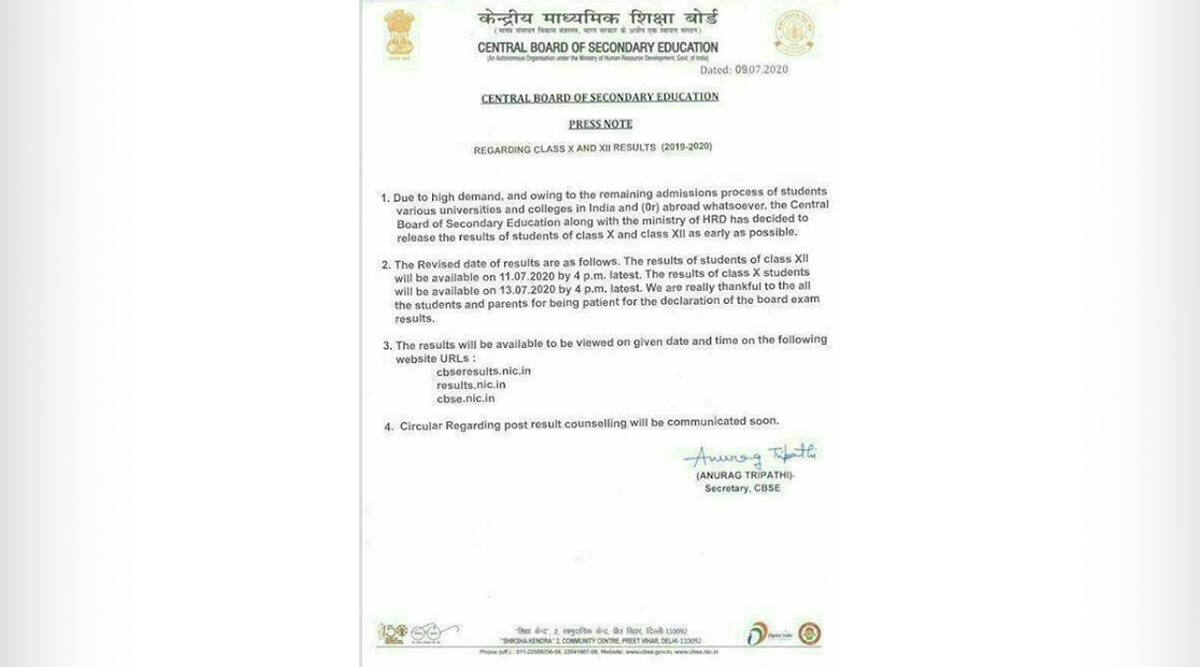 The CBSE had cancelled all remaining papers. On June 26, the Supreme Court had also accepted the draft notification issued by the CBSE in connection with the assessment scheme for the Board examination cancelled for Class 10 and Class 12. The CBSE filed an affidavit in the top court detailing the assessment scheme.

According to the notification, for students who have appeared in the examinations in more than three subjects, the average of the marks obtained in the best three performing subjects will be awarded in the subjects whose examinations have not been conducted. The board said is expected to release the result of class X and XII by mid-July.

A circular doing rounds on social media claiming that CBSE will declare results for class 12th and 10th on July 11 and 13 respectively.

The CMSE has not issued any circular regarding result dates. The circular is fake

(The above story first appeared on LatestLY on Jul 09, 2020 05:14 PM IST. For more news and updates on politics, world, sports, entertainment and lifestyle, log on to our website latestly.com).