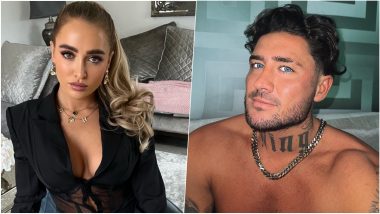 Jurors heard Georgia, who has given up her right to remain anonymous, say later that posting the film amounted to "revenge porn." She testified in court today that they started having sex after entering the garden to play cards while intoxicated. Georgia claims she informed Bear she needed to see the CCTV when he indicated they "may have been caught" on it. Later that night, when she believed she had caught him transmitting the clip on WhatsApp, she stated she realised it was a "serious matter." The court was informed that after being questioned over the clip's online presence, Bear blasted her claims as "full-blown lies." Georgia, according to the celebrity, allegedly sent the tape somewhere else and is now attempting to "have him pinched." Bear denies two counts of exposing private, sexual images and videos as well as voyeurism.

(The above story first appeared on LatestLY on Dec 07, 2022 07:40 AM IST. For more news and updates on politics, world, sports, entertainment and lifestyle, log on to our website latestly.com).