Snorkelling in the Bahamas may not be a idea anymore as a 21-year-old girl was killed in a shark attack. Jordan Lindsey was attacked by three sharks and died after losing a lot of blood. Her parents tried to warn her about the predators but it was too late. 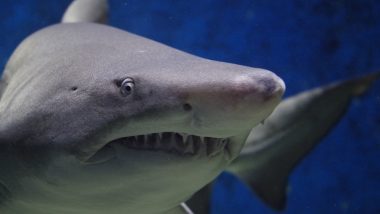 Snorkelling in the Bahamas may not be a good idea anymore as a shocking incident took place this week that questions its safety. A 21-year-old woman from California was horribly killed by three sharks while she was on a family vacation. Jordan Lindsey was attacked near Rose Islands. While she was taken to the hospital, she was pronounced dead on arrival. She was badly injured on her arms, legs and buttocks. Shark Attacks Tourist Kayaking in Anaehoomalu Bay of Hawaii; Woman Hospitalised.

Lindsey went snorkelling with her mother when she was pounced upon by three sharks. The bite marks made her lose too much blood. Her mother tried her best to pull her daughter out on the shore. Her father Michael Lindsey told NBC News, "The attack happened so fast. My wife tried her best to get her up to the shore but unfortunately, Jordan lost too much blood. We are still all in shock." Her parents had seen the predators and tried to warn her but she could not hear them.

The Royal Bahamas Police Force confirmed that her right arm was severed. The authorities of the Ministry of Tourism expressed their condolences to the family members. The officials have also issued "precautionary advisories to the public" after the recent attack. The family created a GoFundMe page to help cover the costs of transporting her body back to California. The incident also brings up the question of whether snorkelling is safe in the Bahamas.

Recently, in North Carolina, a father bravely fought off sharks to save his daughter from a shark attack. Charlie Winter, a father punched a shark five times to prevent them from attacking his daughter. The girl was pulled into the water by a bull shark. But her brave father continued punching the massive predatory fish until it finally let her go.

(The above story first appeared on LatestLY on Jun 28, 2019 04:32 PM IST. For more news and updates on politics, world, sports, entertainment and lifestyle, log on to our website latestly.com).