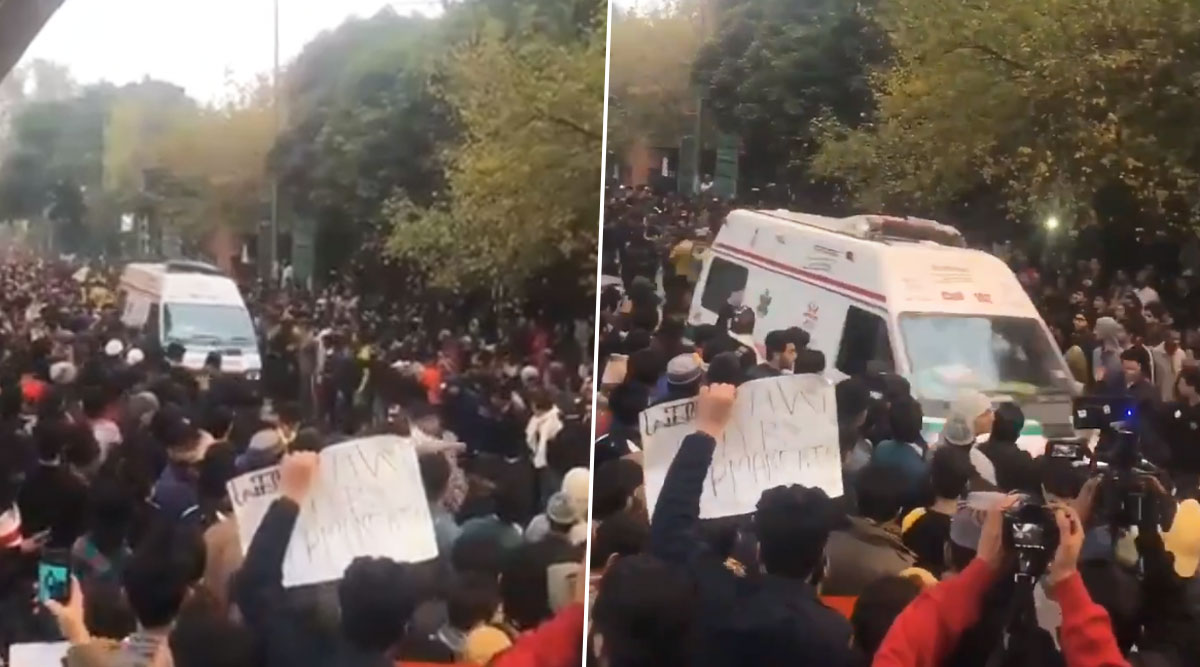 The students of Jamia Millia Islamia University have been protesting hard against the controversial Citizenship Amendment Act. The students say that the bill is "communal" and "discriminatory" in nature and that it goes against the secular fabric of India. On Monday, while the students were protesting in large numbers following the alleged Delhi Police crackdown in JMI University campus, an ambulance was spotted on the road behind the crowds. Zeba Warsi, a CNN News18 journalist, shared the video clip of the students immediately making way for the ambulance. Citizenship Amendment Act: Supreme Court Refuses to Stay CAA Implementation, Serves Notice to Centre; Next Hearing in January.

Some Were Reminded of the Crowd Parting to Make Way for an Ambulance in Hong Kong?

Remember video of the crowd parting to make way for an ambulance in Hong Kong?

This was at protest at Jamia

In a similar incident, students and alumni of Jamia Millia Islamia (JMI) University were seen cleaning up the streets after their protests opposing the Citizenship (Amendment) Act on Monday night. Videos shared on social media showed the students participating in the clean up drive in chilling Delhi winter on Monday night. The clip of the students picking up litter and leftovers after the protests won hearts on Twitter, after it was shared by several journalists covering the protests.

The protests against the Citizenship Amendment Act 2019 intensified after the Delhi Police on Sunday allegedly entered the campus of Jamia Millia Islamia University and roughed them up.

In solidarity, students from various universities extended their support to the protests against CAA. The Citizenship Amendment Act 2019 has been called "unconstitutional" and "communal" by the Opposition parties, whereas the government continues to maintain that the bill is not against any religion and only addresses the issues of "minorities persecuted" in Afghanistan, Pakistan and Bangladesh.