Lady Gaga Offers $500,000 Reward for Return of Her Stolen French Bulldogs Koji and Gustav After Dog-Walker Shot in Armed Robbery, Watch Video of the Horrific Attack

Lady Gaga is offering a $500,000 reward for the return of her lost dogs. A male gunman wielding a semi-automatic handgun shot dog walker Ryan, in Hollywood and fled in a white vehicle, stealing the two French bulldogs. 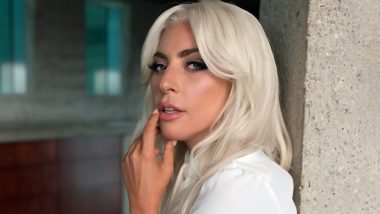 Pop superstar, Lady Gaga was left devastated by the dognapping of two of her beloved French bulldogs—Koji and Gustav. The American singer-songwriter was reportedly filming a new flick in Italy when heartless goons shot her dog walker, Ryan Fischer, in Los Angeles and stole her two pooches. She is offering a $500,000 reward for the return of her lost dogs. After the report of the dogs’ stolen appeared in the headlines, CCTV footage, too, was released. The video captured the moment of the horrific attack as the armed robbers flew the spot with the two dogs.

The Academy Award-nominated actress has three French bulldogs. The third one, Miss Asia, escaped the scene and was later recovered. According to reports, a male gunman wielding a semi-automatic handgun shot dog walker Ryan, in Hollywood and fled in a white vehicle, stealing the two French bulldogs. He was immediately taken to the hospital, where he was in critical condition from a single gunshot wound.

Lady Gaga With Her Pooches!

A close source close to Lady Gaga, noted that the singer was urging anyone who has the dogs to contact through email, reportedly at kojiandgustav@gmail.com, to return the dogs and retrieve the reward. Meanwhile, the Los Angeles Police Department (LAPD) Headquarters released additional information about the horrifying incident, with an update that there are two suspects in the case. Members of the public who have videos or photos of the incident are asked to send information to SAFELATIPS@lapd.online.

On Feb 24 at approx 9:40pm the victim was walking 3 French bulldogs in the area of Sierra Bonita & Sunset. The suspects approached the victim in a white Nissan Altima.

Two suspects exited the vehicle & demanded the victim turn over the dogs at gunpoint.

The dog walker Ryan is in stable condition now, and the investigation on the same is ongoing. It is unknown whether Lady Gaga’s pets were targeted because of her celebrity status or the breed of dog. According to reports, there have been several cases in the United States, sometimes involving violent assaults on the owners, where the French bulldogs have been stolen.

(The above story first appeared on LatestLY on Feb 26, 2021 08:38 PM IST. For more news and updates on politics, world, sports, entertainment and lifestyle, log on to our website latestly.com).