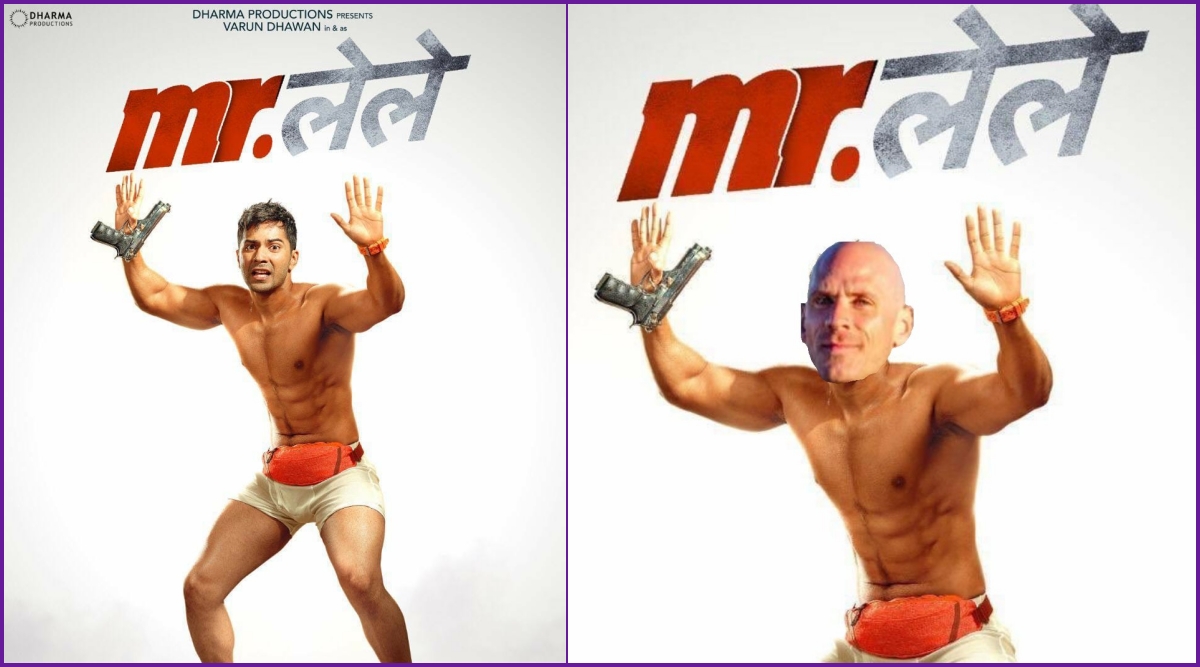 The first look of Varun Dhawan from the film Mr Lele has released this morning and fans of the actor are excited. The poster sure looks like a fun comic caper, as it sees the actor almost naked, just wearing white boxers. While it sure sparks some curiosity about this film, it has also begun a meme fest on social media. Every new film trailer, first looks, posters (barring a few) have been a sure shot target for meme makers. This time, Varun Dhawan's scared expression, sporting just a boxer is an easy target. More so, as some netizens have compared him to famous pron star Johnny Sins. Coolie No 1 Poster Picture: Varun Dhawan and Sara Ali Khan Make For a Beautiful Couple In This Mass Entertainer!

Soon after the poster was released, Mr Lele began trending on Twitter. Among a lot of praiseworthy comments and anticipation for the flick, are some funny memes and jokes coming up. Let us warn you, some of them can be NSFW! The funny poster is also giving rise to some funny memes.

Mr. Lele also stars Janhvi Kapoor and Bhumi Pednekar in key roles. The film helmed by Shashank Khaitan will hit the theatres on 1st January 2021. With the poster being so funny, let us await more details on the plot of this comic caper.