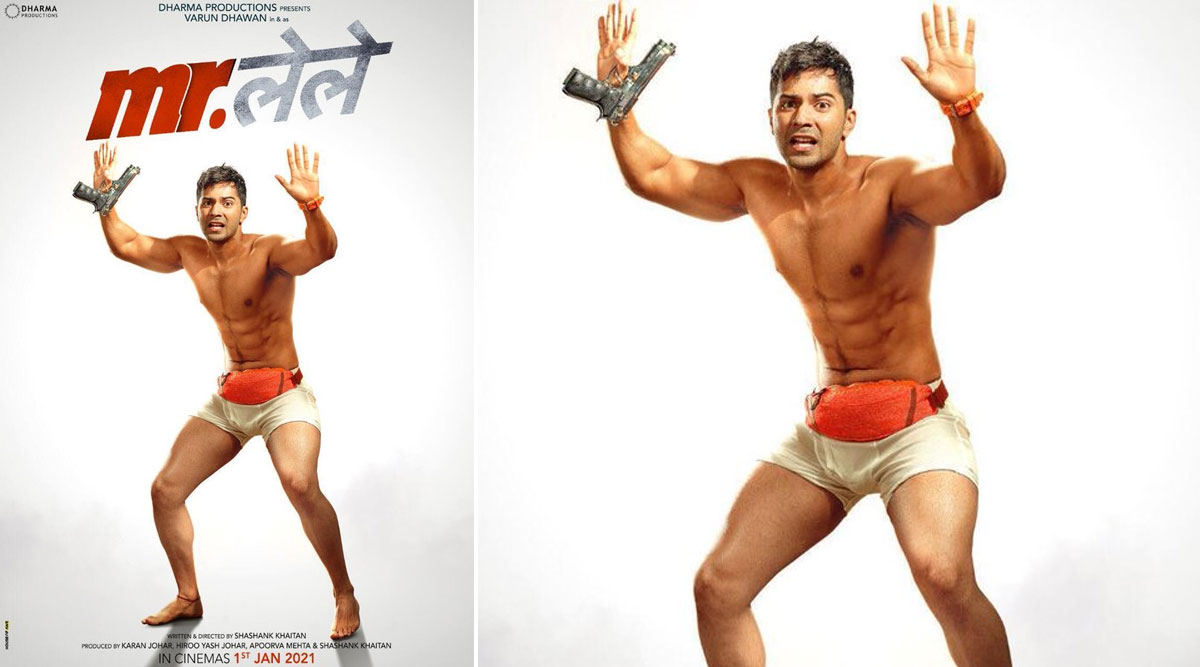 The hit filmmaker and actor's jodi of  Shashank Khaitan and Varun Dhawan are back to entertain fans with a brand new flick. As after treating one and all with the Dulhania franchise, Dhawan and Khaitan have collaborated for a project and this means good news for fans. Titled Mr. Lele, the first poster of the comedy entertainer is out and going by the looks of it, all we can say it's quite an intriguing one. Varun took to his social media and shared the poster which sees him in quite an interesting avatar. Kiara Advani Joins Varun Dhawan and Bhumi Pednekar for Shashank Khaitan's Next.

Elaborating on the poster, it sees the star shirtless as well as pantless (almost naked in a boxer) in a hands-up position.  Not to miss, in one of his hand we see a gun and in the other, we see Dhawan donning a wristwatch. Must say, the expression on the star's face is priceless and bang on. Going by the poster, we feel that Varun plays the role of a robber who is caught by the police. The film is said to hit the silverscreen next year on 1st January 2021. Coolie No 1 Remake: Varun Dhawan Shares A Picture With Sara Ali Khan; The Actress Accuses Him Of Stealing Her Caption (View Pic).

Check Out The Poster Of Mr. Lele Below:

The dream team is back and they are bound to bring in 2021 with another round of an epic entertainer!💯

Going by a few reports online, Mr. Lele also stars Janhvi Kapoor and Bhumi Pednekar in key roles. Well, the trio cast looks interesting and how. The film is bankrolled by Dharma Productions and ofcourse is helmed by Shashank. For the unversed, Varun has a soon to release film in the name of Street Dancer 3D where he plays the role of a dancer. Coming back to Mr. Lele, the title is also fun and we are awaiting more deets on the same. Stay tuned!