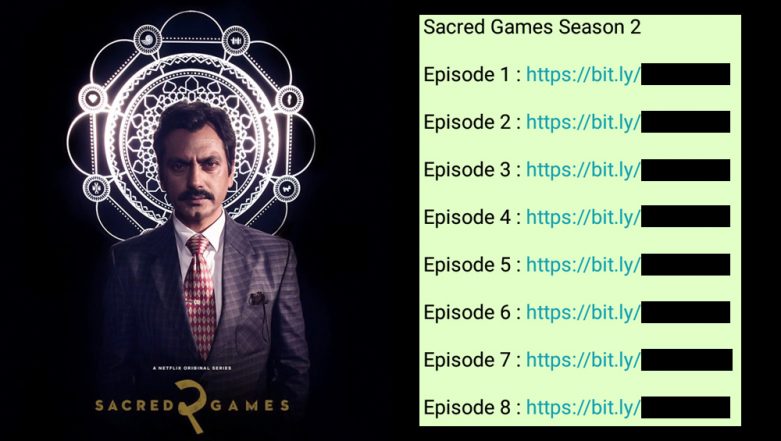 You need to have a Netflix account to watch Sacred Games 2. However, there are many, and by many, we mean thousands and thousands who choose to watch it on different platforms. Of course, by illegal means. But one can witness an unimaginable extent of online piracy in case of Sacred Games 2 upon release. The eight-episode web series is leaked on Facebook-owned messaging app, WhatsApp and how. Illegal Sacred Games 2 links are shared via Bitly, a URL shortening service provider. Unbelievable, right?

A look at these WhatsApp forward and you might think them to be fishy. But that's not the case. These links are reportedly providing decent cam-rip prints, which you can either watch online or download for free and watch it later. On average, every Sacred Games 2 episode link has received more than 25 lakh clicks, which is simply insane. These numbers are not shocking if you had a look at some of the most-searched words related to Netflix's thriller-drama. 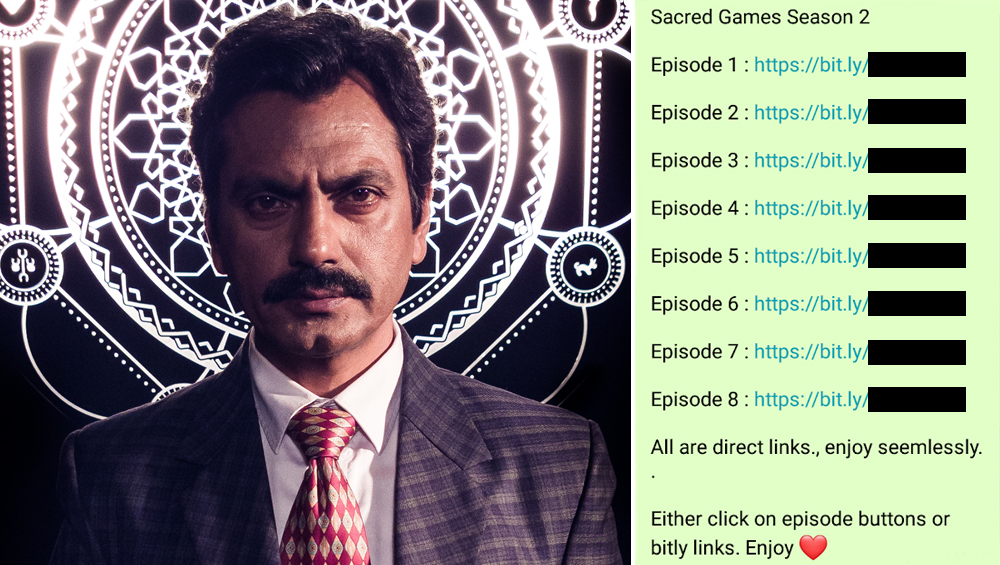 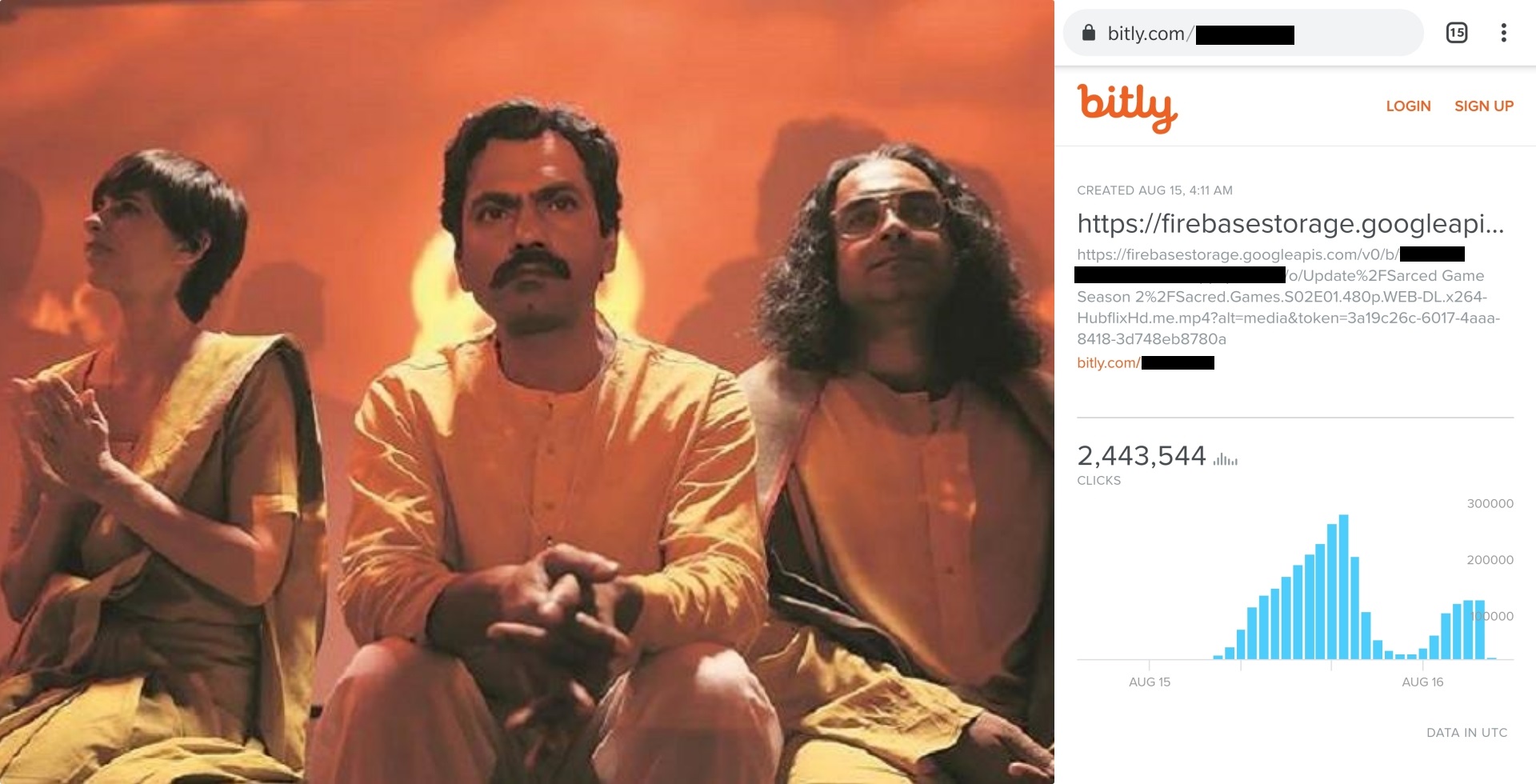 Sacred Games 2 makers Vikramaditya Motwane and Anurag Kashyap should take quick action against it and get those pirated links pulled down. There need to be stringent rules in place to curb piracy totally as it's hampering movie business big time. Speaking of Sacred Games 2, the new season has been received well by critics and audiences. Though few are displeased by the storyline, most seem happy with the sequel of the series based on Vikram Chandra's 2006 novel of the same name.