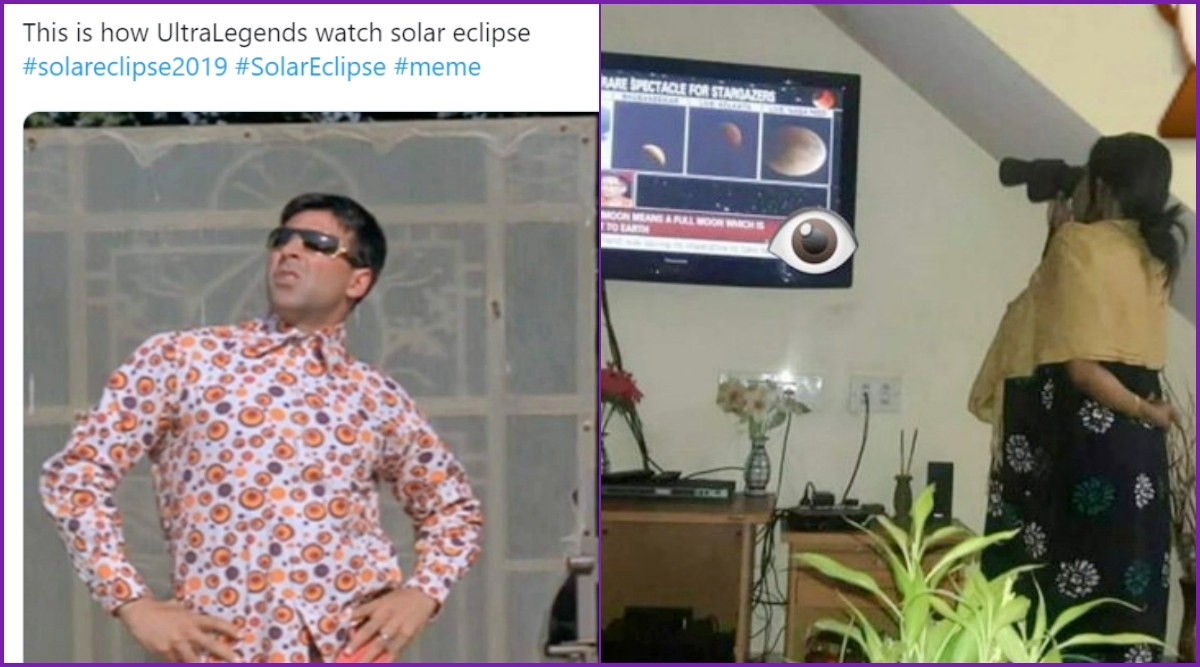 It's a great day if you love observing skies and watching eclipses, as an annular solar eclipse, the last of this year occurred this morning. The "Ring of Fire", which saw the moon's shadow covering the sun, was a beautiful spectacle. Although not everyone was able to see the entire eclipse, those who saw it, were also quick to give their reactions with funny memes and jokes. While pictures and videos of the Solar eclipse 2019 were widely shared online, the meme makers found the celestial occurrence as a new target to crack jokes on. So from the viewing method of the eclipse to explaining the phenomenon people made funny memes and jokes on Solar eclipse 2019. PM Narendra Modi Reacts to Memes on His Solar Eclipse 2019 Photos, Says 'Most Welcome...Enjoy'.

On December 26, parts of the world saw the occurrence of the "Ring of Fire', when the shadow of the moon covered the sun. With the moon covering the sun, it looked like an illuminated edge for the observers. It was a beautiful spectacle which was seen clearly in the Middle East region. Those who could not watch it, chose to view it through live streaming. If you are much of a memes person, then check out some funny jokes that are trending about this event.

How People Are Watching the Eclipse

We Have a Legend Here!

Shouldn't it be Other Way Around?

How Your Eyes Look After Watching The Solar Eclipse

Four year old me after watching an eclipse.... pic.twitter.com/fQ2GL7nnvg

So people were quick on making funny memes on the celestial phenomenon. This was the last solar eclipse of the decade and the next one will be seen on June 21, 2020, which will again be an annular solar eclipse.