Think of Social Media in Sports, Think of Vaibhav Choudhary 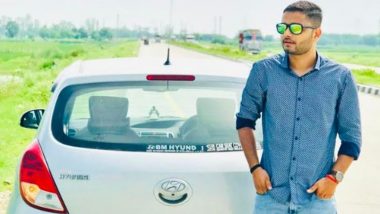 Vaibhav Choudhary may be as young as 20 year old but when it comes to social media, he is the master of this field. He is the ray of hope for many sportsman from Pro Kabaddi and Indian Premier League when it comes to helping them all to promote their lives on the social media world. In this age, when social networking has become the norm of the day, living and thriving on these sites has become imperative for all particularly the sportsman and athletes.

It helps in connecting with people making them fans and followers of the players of different sports. Vaibhav Choudhary is a man who has embarked upon as a ray of hope for them. He helps in soaring the number of fans on social media sites thus helping them prosper in terms of fame and popularity using sites like Facebook, Instagram, Snapchat, Tiktok and Helo. With a larger fanbase comes popularity and this is where the expertise of Vaibhav Choudhary comes into the picture.

He has a magical hand which helps him device competitive social media strategies that help them turn popular among the sports loving people. His mighty social media plans take sportsman to the new height of popularity. The players of Pro Kabaddi have leveraged from his expertise the most. This has even attracted the players of IPL towards this man who has now become the ray of hope for them as well. Slowly and Steadily, Vaibhav Choudhary has become indispensable when it comes helping sportsman grow on social media.