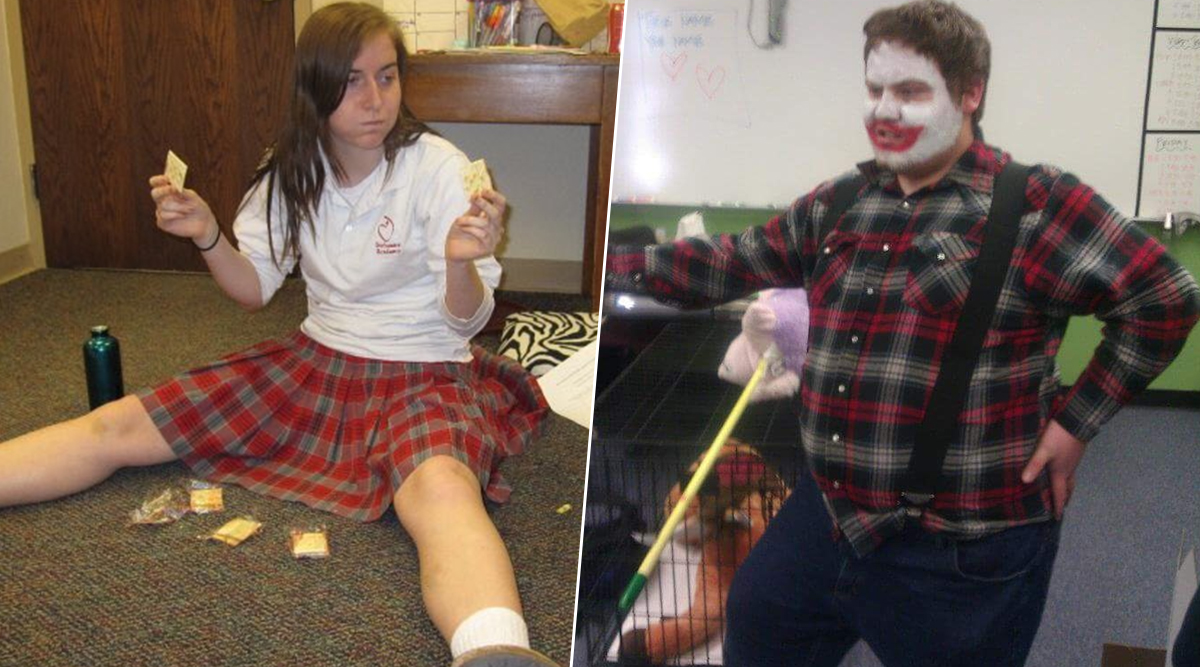 Internet is always filled with some challenges or the other. It does not matter, if it anything makes sense at all, but sure to keep you entertained. In the recent, Twitterverse has been sharing awkward photos of themselves from high school to participate in hilarious viral challenge. And the throwbacks worth the attention. If you are not living under the rocks, you must have come across at least a few social media users who have a photo of themselves in their high school in the timeline. It is like a group trip down the memory lane, where everyone is embracing their embarrassing photos of their high school selves and boy it is hilarious AF! TikTok Users Mark End of the Decade Looking Back at the Joyous Viral Moments Which Captivated the Internet in Last 10 Years.

How did the challenge start? For starters, the challenge does not really have a name, unless you have something in mind. It was Twitter user @im_your_destiny who initiated the challenge, after he post his photo of himself trying to pose seductively. He captioned the photo as “what’s the dumbest pic you have of yourself from high school. mine’s this of me posing seductively in my firehouse subs uniform after an extremely unfortunate haircut.” Optical Illusion Hand Trick Is the New Viral Challenge on TikTok and People Are Really Confused About How to Do It!

what’s the dumbest pic you have of yourself from high school. mine’s this of me posing seductively in my firehouse subs uniform after an extremely unfortunate haircut pic.twitter.com/MyHqIsVhTm

And people were extremely quick to respond! They began to post high school photos of their hilarious self. We might have thought it was cool at the time, but now we know, why no one really took us seriously!

We spent every spring gym class senior year thinking we were hot shit by sunbathing half naked in the parking lot. The cringe is so strong. pic.twitter.com/Pkzh00rGrV

I did a rodeo clown interpretive dance my senior year of high school pic.twitter.com/UqC6mIGCmm

These photos are surely proof that high school was the most cringiest time for all of us. We thought many things we did to be cool. But in most cases, we made a fool of ourselves. But it was a great time to live in. So, what’s your awkward high school moment?