Adani Sportsline, a part of the Adani Group, on Monday made a foray into franchise cricket by acquiring the rights to own and operate a franchise in UAE T20 League. 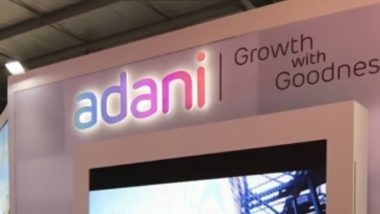 Dubai, May 9: Adani Sportsline, a part of the Adani Group, on Monday made a foray into franchise cricket by acquiring the rights to own and operate a franchise in UAE T20 League. Licensed by the Emirates Cricket Board, the UAE T20 League will be an annual event that will feature six teams competing in a 34-match event. Top players from all the cricket-playing nations are expected to be in the line-up of different teams. The league will also provide a platform to upcoming cricketers. This will be the first major move overseas by Adani Sportsline that will "connect and engage with global fans" from across the cricketing nations. Pakistan To Play Only Two Tests in Sri Lanka As ODI Series Scrapped: Report.

"It is a proud moment for us to announce the Adani Group's association with the UAE's T20 League as a franchise team owner. This acquisition fits perfectly in the group of corporates who have already acquired franchise team rights in the league. The trust shown by the Adani Group augurs well for the league and we look forward to benefitting from their business acumen and working together to make our league successful," Khalid Al Zarooni, UAE's T20 League chairman said. MI vs KKR IPL 2022 Dream11 Team: Tim David, Andre Russell and Other Key Players You Must Pick in Your Fantasy Playing XI.

"We are excited to be part of the UAE T20 league," said Pranav Adani. "The UAE is an amazing amalgamation of several cricket-loving nations. It provides an excellent platform for enhancing the visibility of cricket as the sport goes increasingly global. Our presence here is also a great base for the Adani brand that is contributing significantly to the sports ecosystem in India through leagues such as boxing and kabaddi, and nurturing sporting talent at the grassroots level through the Garv Hai initiative," he said. Reliance Industries Limited, Lancer Capital, GMR Group and Capri Global have acquired a team each in the UAE T20 League.

(The above story first appeared on LatestLY on May 09, 2022 03:45 PM IST. For more news and updates on politics, world, sports, entertainment and lifestyle, log on to our website latestly.com).