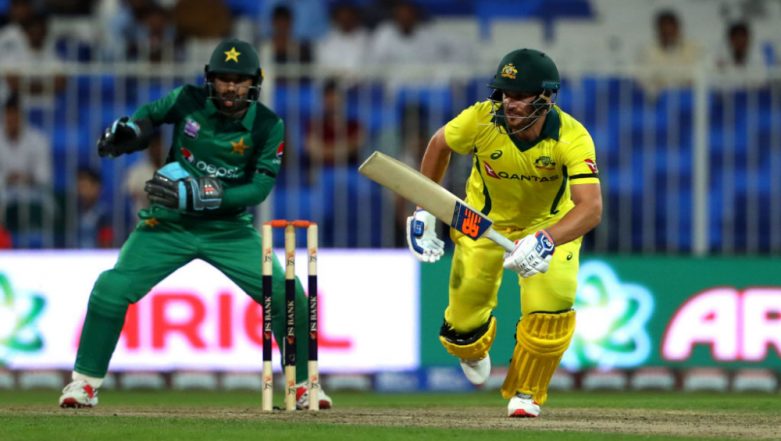 Melbourne, May 20: Australia captain Aaron Finch has admitted that the mere presence of Ricky Ponting in the dressing room and on the training track immediately lifts the morale of every member of the group as they look to defend their World Champions title in the upcoming World Cup beginning May 30 in England. Ponting -- a dual World Cup-winning captain and three-times trophy winner - will be there as a specialist coach with the Australian team for the showpiece event.

"The boys all want to impress 'Punter'," cricket.com.au quoted Finch as saying who recalled the effect Ponting had on the team when he was enlisted earlier this year to support Langer for the prestigious quadrennial event. Australia Squad for ICC Cricket World Cup 2019: Here’s a Look at Australian Team’s Expected 30-Man Players List for the Mega Event in England.

"Everyone wants to impress Punter, you should see them - it's like eight-year-old girls around Justin Bieber when Punter's around the changeroom. "It's embarrassing, but it's great," he added. Australia will play two warm-up games against England and Sri Lanka before beginning their World Cup campaign against Afghanistan on June 1.