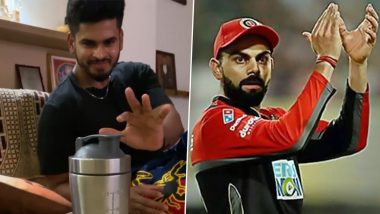 With Indian Premier League (IPL) 2020 being around the corner, all the players gearing up for the marquee tournament and Delhi Capitals skipper Shreyas Iyer is no exception. Along with polishing his batting prowess, however, Iyer has also been working on some magic tricks. On many previous occasions, the 25-year-old has impressed the fans with his witchcrafts and he did that again with another stupendous trick. Taking to Instagram, Iyer shared a video in which he can be seen moving a metal bottle without even touching it. All he does is wave his finger and the bottle moves forward. However, Royal Challengers Bangalore (RCB) skipper Virat Kohli suspected that the trick is performed with the help of a magnet. Shreyas Iyer Issues Warning to Other Teams, Says 'We're Coming.'

“May the force be with you,” wrote the right-handed batsman while sharing the video on the picture-sharing website. Fans were left jaw-dropped by Iyer’s trick as they praised the star batsman in the comment section. On previous occasions, Iyer amazed his sister and dog with his tricks but this time, he went solo. Have a look. Virat Kohli Shares Emotional Video of His RCB Journey, Says ‘Loyalty Above Everything.’

May the force be with you ✨

The comment section of the post got filled in no time as fans asked Iyer to reveal the secret about the magic. However, when Kohli came across the video, he suspected that a magnet might be kept underneath the table and someone is moving that on Iyer’s tune. “Nice magnet trick,” wrote Kohli in the comment section along with a winking-eye emoji. 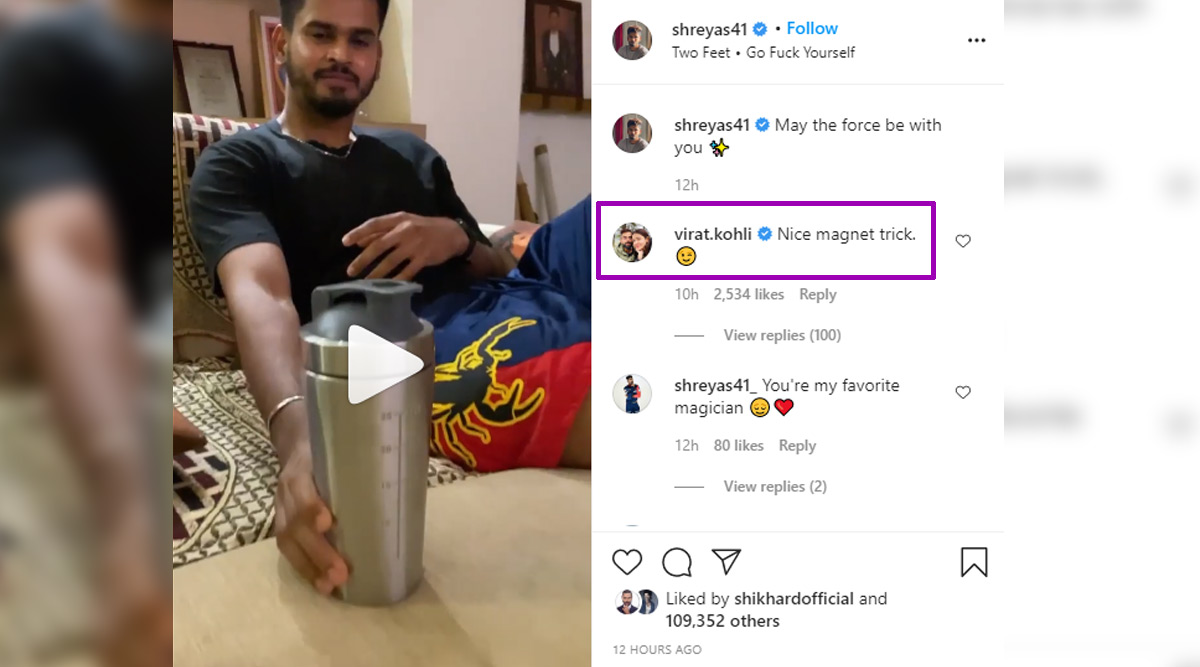 With IPL 2020 scheduled to get underway on September 19, both Iyer and Kohli will be determined to showcase their magic with the bat. Both RCB and DC haven’t won a single title so far and it will be interesting to see if one of them will end the drought or not.

(The above story first appeared on LatestLY on Aug 10, 2020 07:41 PM IST. For more news and updates on politics, world, sports, entertainment and lifestyle, log on to our website latestly.com).