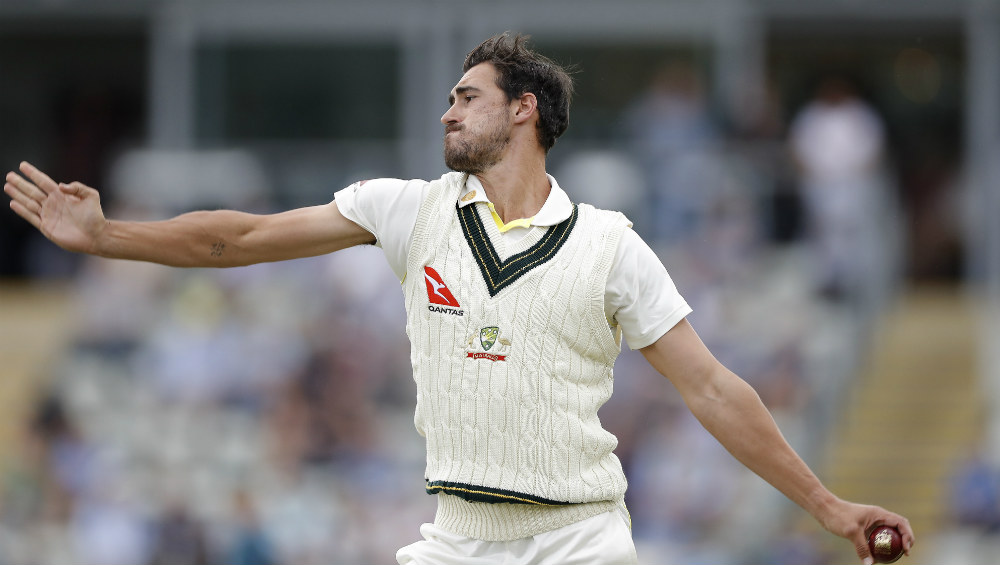 Perth, December 15: A brilliant bowling display guided Australia to an emphatic 296-run victory over New Zealand in the first affair of the three-match Test rubber at the Perth Stadium here on Sunday. Setting a mammoth target of 468 runs before the Kiwis, the hosts rode Mitchell Starc (4/45), Nathan Lyon (4/63) and Pat Cummins' (2/31) superb bowling effort to skittle out their opponents at just 171 runs as the contest ended within four days of play. Australia Vs New Zealand, Live Cricket Score 1st Test Match - Full ScoreCard.

Chasing the huge target, the visitors never looked in control and were jolted at regular intervals as the Kiwi batters failed to develop any big partnership and succumbed before the Aussie bowling attack. Wicket-keeper BJ Watling was the top-scorer for the visitors with his 40 run contribution while Colin de Grandhomme chipped in with 33 runs when all other Kiwi batsmen failed to show some fight. The duo were involved in a brief 56-run partnership for the sixth wicket but after Grandhomme's departure, the Kiwi lower order fell like a pack of cards.

Earlier, opting to bat first, Marnus Labuschagne's 143 followed by Travis Head's 56 guided Australia to a healthy 416 in the first innings before they bundled out New Zealand for 166 runs, taking a 250-run lead. Starc was also the wrecker-in-chief for the hosts in the first essay as he had scalped five wickets for 52 runs.

Later, the Aussies declared their innings at 217/9 as Tim Southee starred for the Kiwis with figures of 5/69 while Joe Burns (53) and Labuschagne (50) slammed half-centuries for the hosts to set a challenging 468-run target before their opponents based on their first-innings lead. Both the teams will now meet in the second Test of the rubber, starting December 26 in Melbourne.