It has been a while since we have seen Virat Kohli without beard and fans are also unlikely to witness a clean-shaven avatar of the Indian captain any time soon. In fact, on many previous occasions, the right-handed rejected the 'break the beard' challenge given to him. Recently, however, former England batsman asked the top-ranked ODI batsman to shave off his beard but only to get trolled. When the Indian batting sensation came across Pietersen's demand, he showcased his wit and used the opportunity to take at the England star over his TikTok videos. Virat Kohli New Look: Indian Captain Shaves Off Beard and Starts #TrimAtHome Challenge on Social Media.

The episode was started when Kohli took to his official Instagram account and shared a throwback picture of himself. The RCB skipper was looking as elegant as his batting in the sun-kissed picture. The comment section of the post also got filled in a jiffy as fans went gaga over the right-handed batsman's amazing looks.

However, when Pietersen came across Kohli’s picture, he asked the Indian captain to shave off his beard out of the blue. “Shave your beard off,” wrote Pietersen in the comment section. Well, the Indian captain acknowledged Pietersen’s demand just the way he treats a half folly. He took a hilarious jibe at the England star for making TikTok videos. “@kp24 better than your TikTok videos.” 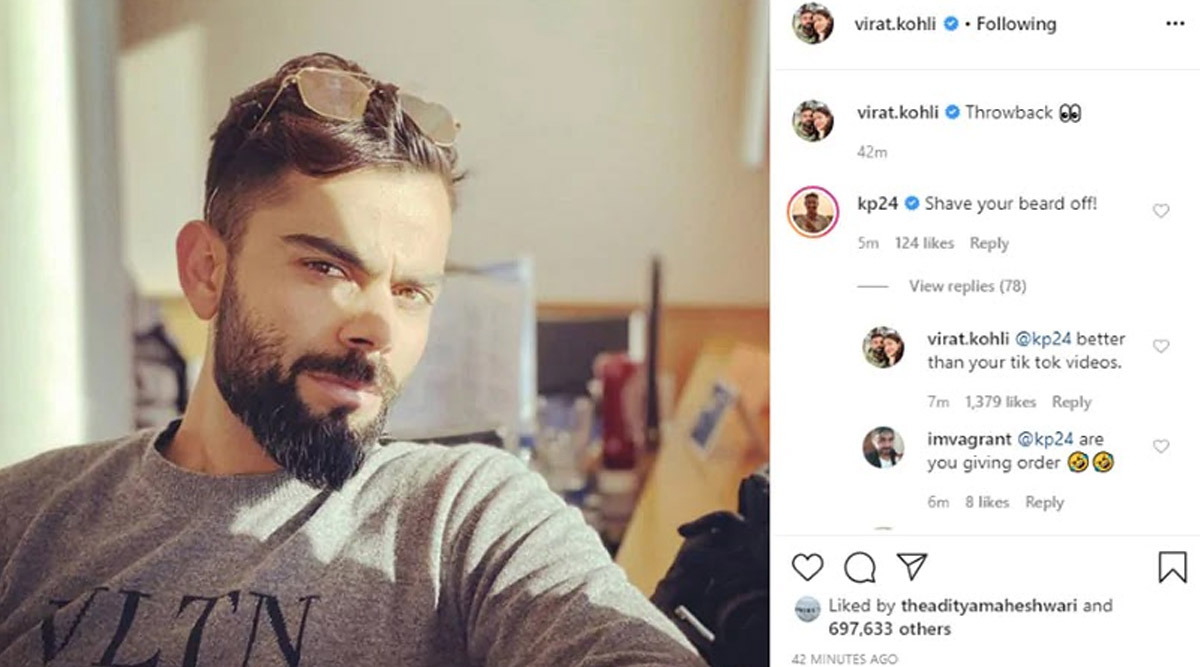 (The above story first appeared on LatestLY on May 24, 2020 10:10 PM IST. For more news and updates on politics, world, sports, entertainment and lifestyle, log on to our website latestly.com).