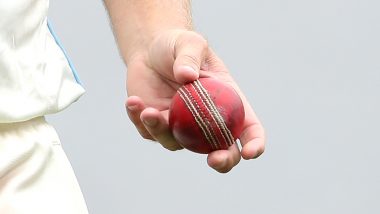 Australia have dropped the usage of British-made Dukes ball for the 2020-21 edition of the 2020/21 Sheffield Shield season. Hence, only Kookaburra balls will be used to encourage spin bowling in Aussie tracks. The Dukes tend to swing more than other balls. However, it doesn’t favour the spin bowlers much. Cricket Australia introduced the ball in Australia’s domestic circuit during the 2016/17 season in order to help players prepare for the England conditions. Well, the move seemed paid off as Tim Paine and Co retained the Ashes urn by drawing the series 2-2 in 2019. India vs Australia 2020-21 Schedule, Free PDF Download.

Now, however, the Aussies are back to basic as only Kookaburra balls will be used in domestic competitions. “The introduction of the Dukes ball has been a worthwhile exercise, particularly in the lead up to overseas Ashes series where the Dukes is used so well by our English opponents,” CA’s Head of Cricket Operations Peter Roach said in a statement.

Roach also mentioned that the role of spinners has become less since the introduction of Dukes balls which was one of the main reasons behind the decision. “We have noted that spin bowlers in the Sheffield Shield have been playing less of a role in recent seasons, most notably in games when the Dukes ball is in use. We need spinners bowling in first-class cricket and we need our batters facing spin. We hope that the change to one ball with have a positive benefit here,” he added.

Meanwhile, Australia, who are at the pinnacle of the Test rankings, will meet India later this year for a four-match Test series. Virat Kohli and Co emerged victorious by 2-1 in their last tour to Australia. Hence, the home side will aim to redeem themselves.

(The above story first appeared on LatestLY on Jul 02, 2020 02:11 PM IST. For more news and updates on politics, world, sports, entertainment and lifestyle, log on to our website latestly.com).