New Zealand Cricket (NZC) chief executive David White has said there will be no knee-jerk reaction following to his Test team's 0-3 drubbing at the hands of England, adding that he will take a "methodical way" to ensure that lessons are learnt from the debacle. 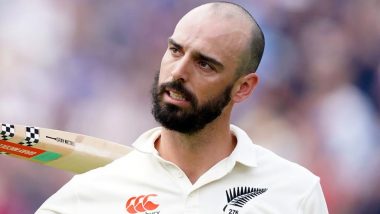 Leeds, June 28 : New Zealand Cricket (NZC) chief executive David White has said there will be no knee-jerk reaction following to his Test team's 0-3 drubbing at the hands of England, adding that he will take a "methodical way" to ensure that lessons are learnt from the debacle. This is one of the worst Test series losses for reigning World Test champions New Zealand in more than a decade and comes a year after the Black Caps had defeated England 1-0 in the two-Test series just before the World Test Championship (WTC) final against India. Riding on the success against England in 2021, the Kane Williamson-led Black Caps and then defeated India in the inaugural ICC WTC final to emerge champions. New Zealand to Host England for Day-night Test and India for White-ball Series.

White said he was in touch with New Zealand head coach Gary Stead and the players to understand the reasons for the losses. "I've obviously been talking closely with Gary (Stead) and the team," White was quoted as saying by stuff.co.nz on Tuesday. We've lost key moments and this series hasn't gone how we would've liked it to have gone, but the Black Caps have been outstanding for a number of years. "We will reassess, we'll review the tour like we do with every tour, but we'll work through it in a calm, methodical way to ensure that we take the lessons from, from what's happened and we move forward," added White.

New Zealand lost the third and final Test at Headingley by seven wickets on July 27 to signal the resurgence of the England side under new skipper Ben Stokes and head coach from New Zealand, Brendon McCullum. England batters Jonny Bairstow and Joe Root were in smashing form as they played massive roles in helping the hosts clinch the series and keep their hopes alive of a WTC final berth. On the other hand, the defending champion's title defence is in a disarray even though they still have an away series against Pakistan and a home fixture against Sri Lanka in the next 12 months. Joe Root, Jonny Bairstow Shine As England Beat New Zealand in 3rd Test To Claim Series 3-0.

However, White asserted there will be no drastic changes to the side. "Since we changed it (selection process) in 2012, we've had great success. It's not something specifically that we'll be looking at, but all areas of our game will be discussed." When Covid struck in early 2020, NZC were looking to bring in a third selector to join Stead and former cricketer Gavin Larsen. There's a possibility that the process could be accelerated. White also indicated that having top-notch spin bowling was uppermost on his mind when he sits down to analyse the loss to England. "We need to be strong across all facets of the game," he added.

(The above story first appeared on LatestLY on Jun 28, 2022 03:39 PM IST. For more news and updates on politics, world, sports, entertainment and lifestyle, log on to our website latestly.com).