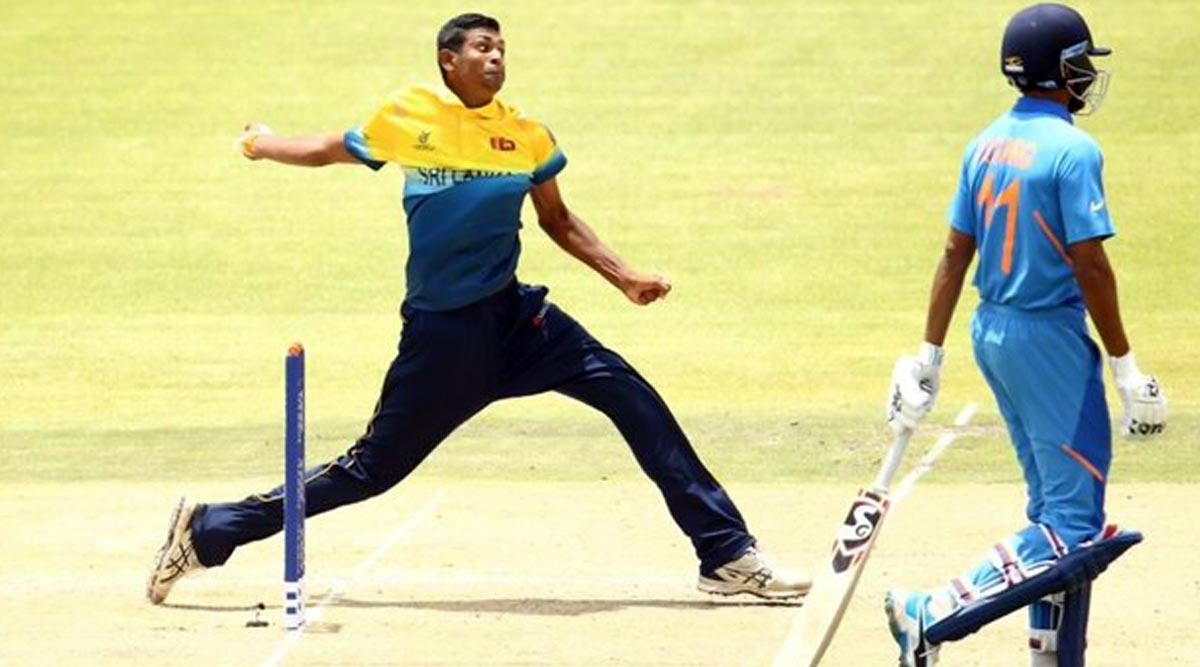 Sri Lanka Under-19 team didn’t enjoy a great outing against India in the ongoing ICC Under-19 Cricket World Cup as they failed to put up a significant show and lost the encounter by 90 runs. However, a 17-year old Lankan pacer Matheesha Pathirana grabbed the headline for his record-breaking delivery. In the fourth over of the Indian innings, the right-arm fast bowler seemed to have registered the fastest delivery ever bowled in International cricket. A short ball from Pathirana was recorded 175 kmph which left everyone shell-shocked. ICC U19 Cricket World Cup 2020 Points Table: Group-wise Team Standings in U-19 CWC 20.

Pathirana tried to bowl a bouncer to Indian opener Yashasvi Jaiswal but the execution wasn’t spot on and he ended up bowling a wide delivery down the leg side which resulted in a wide. However, that speed gun said that the delivery has clicked a speed of 175 kmph. It meant that the 16-year over the record of Pakistani speedster Shoaib Akhar would have been shattered. However, that wasn’t the case as some error in the machine was detected which meant Akhtar’s record is still safe.  ICC U19 Cricket World Cup 2020 Schedule in IST, Free PDF Download: Full Time Table, Fixtures of Under-19 CWC 2020 In South Africa With Match Timings and Venue Details.

Sri-Lankan U19 Pacer Pathirana clocked a stunning 175 kph on the speed gun in #U19CWC match Against India on a Wide Ball.

On the right corner of the screen, the speed of the delivery showed at 108 mph. #INDvSL #INDU19vSLU19 #Cricket #CWCU19 pic.twitter.com/7uKD73zYn0

During the England vs Pakistan match in ICC Cricket World Cup 2003, Akhtar bowled a delivery which clicked 161.3 kmph and no bowler has been able to breach that mark even after 16 years. However, on many occasions, some bowler seemed to broken the record but every time it resulted out as an error in the speed gun.

Speaking of the India U-19 vs Sri Lanka U-19 match, Nipun Dananjaya won the toss and invited India to bat first. Riding on half-centuries from opener Yashasvi Jaiswal, skipper Priyam Garg and wicket-keeper Dhruv Jurel, the Boys in Blue posted 297 runs in the first innings. In reply, the Lankan batsmen never looked in the hunt and were bunded out for 2017 runs, losing the match by 90 runs.