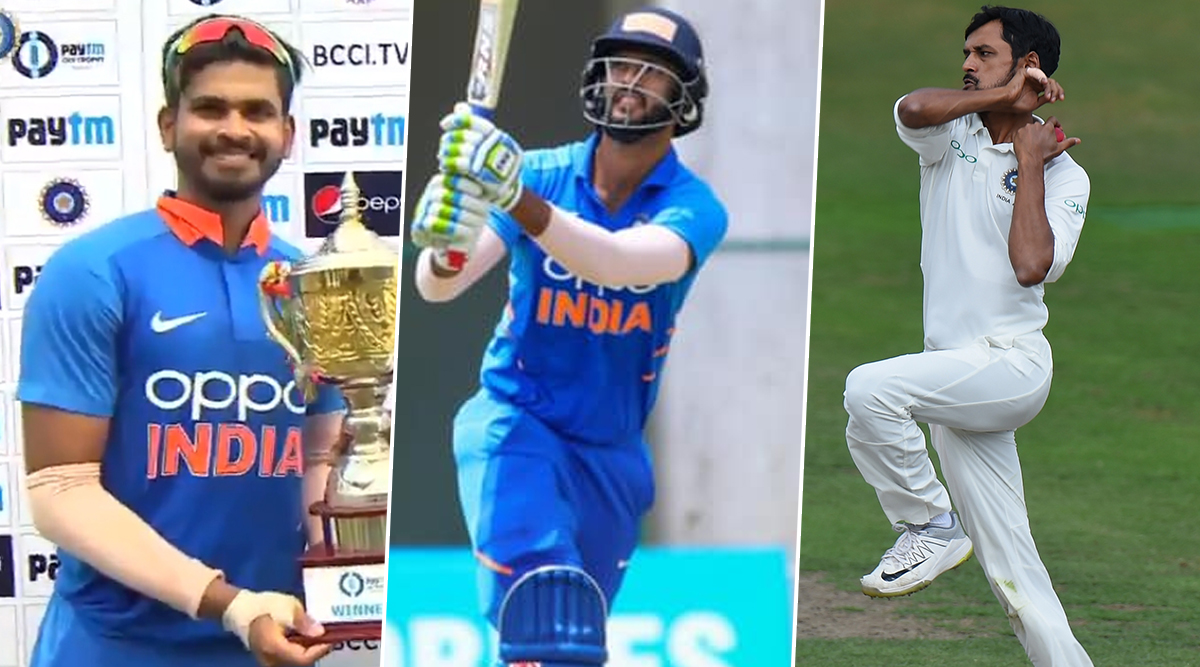 Virat Kohli was rested, Sanju Samson earned a recall and all-rounder Shivam Dube got a maiden call-up but Shahbaz Nadeem was left-out as India announced the squads for the 2019 Bangladesh series, starting November 3, 2019. Kohli, as expected, was rested for the three-match T20I series against Bangladesh with deputy Rohit Sharma appointed as captain. Samson, whose only India appearance came in 2015, received a call-up following his smashing double-century in the Vijay Hazare Trophy. Shivam Dube, who recently grabbed the headlines with some impressive performances for India A also earned his maiden call-up but Ranchi Test debutant Nadeem was left out of the Test squad for the two-match Test series against the Bengal Tigers.

Kohli, who hasn’t taken a break since last year’s Asia Cup, was given a rest with Rohit handed the reins for the limited-overs series. Kohli, however, will be back for the Test series, which starts November 18, 2019. India named an unchanged squad for the two-Test matches with Kuldeep Yadav retaining his place in the 15-member team despite being injured. Kuldeep was rested from India’s 3rd and final Test match against South Africa with Shahbaz Nadeem flown-in for his debut. But despite his impressive performance in Ranchi.

To not get any #opportunity for a long time is one thing.

But to be dropped right after a fine debut, for a series where India are expected to emerge 2-0 winners, I do not want to be #ShahbazNadeem. #INDvBAN #BANvIND https://t.co/XsVDiLGGdz

Back as Captain to Conquer Again

Rohit Sharma back in action in T20Is as Captain against Bangladesh.@ImRo45 #IndvBan pic.twitter.com/QWXfoNh8AV

Everyone Saw it Coming: Performances

Finally.. #SanjuSamson 👌🏼👌🏼 I saw this coming since #Ganguly is a big fan of him.. #INDvBAN #BANvIND https://t.co/3fwub0TeVo

Sanju Samson had to wait nearly 6 years since U19 2014 to be recognized as an International player, talent was always there but he got a late call hope plays ahead of Pant#INDvBAN

Meanwhile, Navdeep Saini was also rested for the Twenty20 series against Bangladesh after suffering an injury while Deepak and Rahul Chahar kept their places. Pant too kept his place as the first-choice wicket-keeper in the Indian team despite his poor run in the recently concluded T20I series against South Africa. Samson was named as the back-up wicket-keeper with MS Dhoni still unavailable for selection.