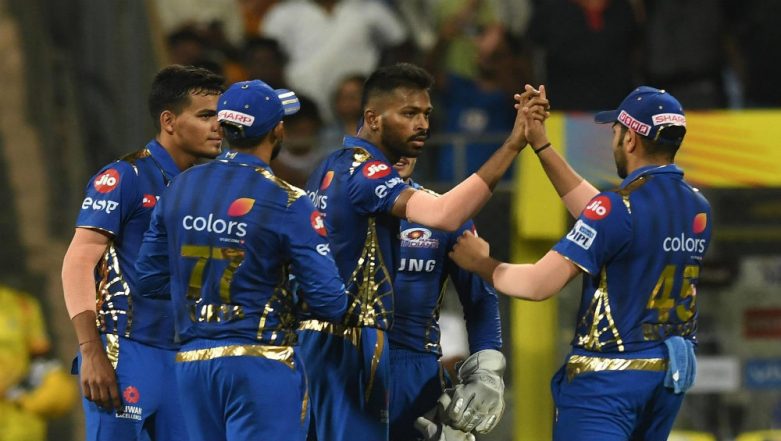 The Indian Premier League has a very large fan following and the cricket lovers sit glued to the television sets for hours together throughout the tournament. With the matches being available on various streaming websites, very often the fans catch up with proceedings regardless of the place they are at. We stumbled across a video on the Internet which live streamed the finals of the IPL 2019 between Mumbai Indians and Chennai Super Kings. The match was held at the Rajiv Gandhi International Stadium in Hyderabad. Team Mumbai Indians Greet Fans in an Open Bus After Lifting IPL 2019 Trophy (Watch Videos & Pics).

The clip was shared on various social media platforms. The three-minute long video perfectly encapsulates the mood of the fans as the match went down the live wire as the Chennai Super Kings needed two runs from one ball to win the IPL 12.  Needless to say, that bride and the groom were left ignored. No sooner Lasith Malinga bowled the Yorker length delivery and got the wicket, the fans heaved a sigh of relief and cheered for their home team as they won the game by a run.

This is from one of the wedding receptions. Cricket took the centre stage. Check out the celebrations in the end.

This is the fourth time that the Mumbai Indians were crowned as the IPL champions. Led by Rohit Sharma, the team won the IPL trophy against MS Dhoni and men for the third time in the history of the Indian Premier League. As of now, the team is celebrating their victory in an open bus in Mumbai with their fans.