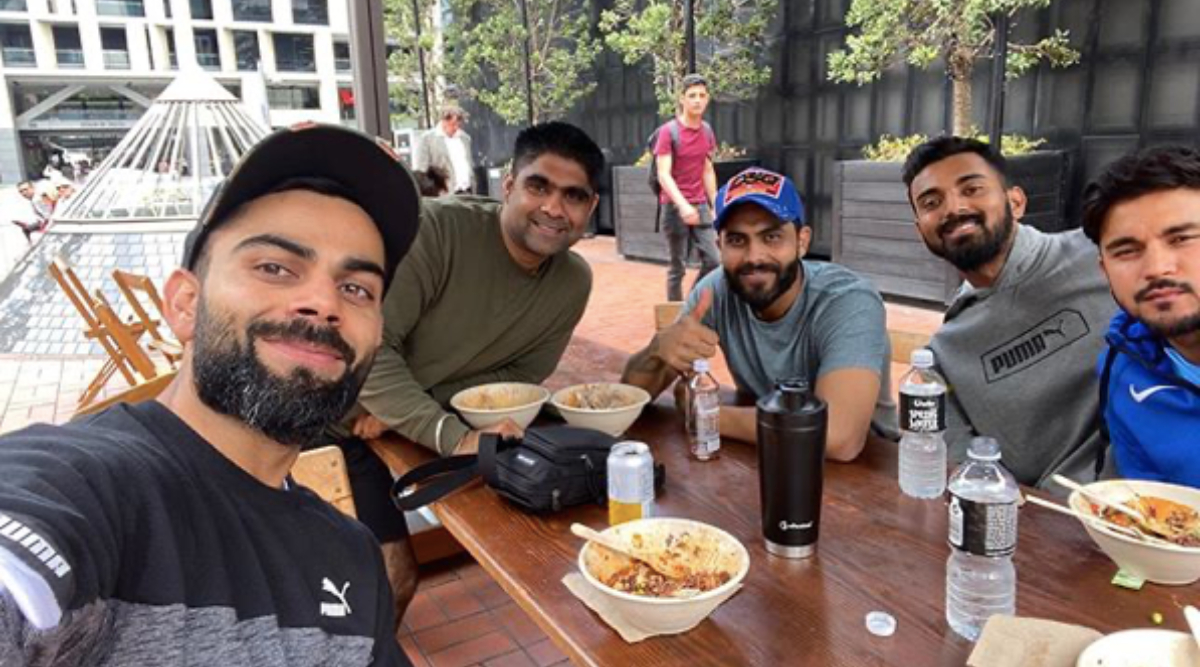 The Indian cricket team landed in New Zealand and will face hosts in all three formats. The tour kicks-off with five-match T20I series followed by three One-Day Internationals (ODIs). And then the tour ends with two-match Test series. This is the first away tour for Virat Kohli and Co in 2020 and the team is upbeat about it. Indian captain took to Instagram and gave an insight into how the team is preparing for the series opener on January 24 in Auckland. India vs New Zealand 2020 Schedule in IST, Fixtures & Full Timetable, Free PDF Download.

No, the team is not slogging it in nets! Instead, they enjoyed a good meal after a gym session. Kohli posted a selfie to his Instagram account featuring all-rounder Ravindra Jadeja, KL Rahul and Manish Pandey. The Indian captain in the caption wrote, “top team gym session and a good meal out in beautiful Auckland.” Virat Kohli Shares Mandatory Arrival Picture on Reaching Auckland With Team India Ahead of New Zealand T20I Series (See Pic).

Even before landing in New Zealand, team India suffered a blow as opening batsman Shikhar Dhawan was ruled out of the T20I and ODI series. The left-handed batsman picked up a shoulder injury during the third one-day international against Australia in Bengaluru. While wicket-keeper batsman Sanju Samson replaces him in the T20I squad, Prithvi Shaw has been included in the ODI squad in place of the left-hander.