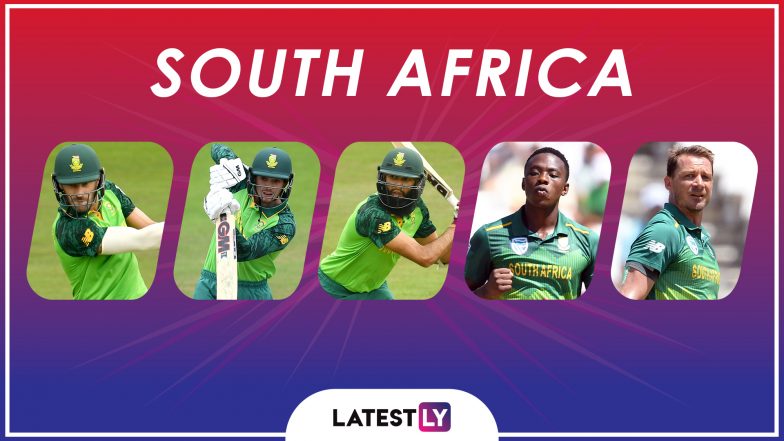 Perennial chokers South Africa cricket team may not be the outright favourites to lift the ICC Cricket World Cup 2019 trophy but the team is one of the strongest in the tournament. South Africa's batting features some prominent names like Quinton de Kock, Faf du Plessis and Hashim Amla. They have the likes of JP Duminy and David Miller in the middle and that gives their batting order some strength. The Proteas team is loaded with some quality all-rounders like Chris Morris, Andile Phehlukwayo and Dwaine Pretorius who lend the balance to the side. ICC Cricket World Cup 2019 Schedule in PDF: Ticket Prices, Dates, Venue Details & Timetable Available for Download Online.

The South African bowling department is led by young Kagiso Rabada and veteran Imran Tahir. Addition of experienced Dale Steyn and youngster Lungi Ngidi makes this unit a strong bowling side. Left-arm spinner Tabrez Shamsi is also capable of bowling some good overs in the middle of the innings. The Proteas despite always having the potential to lift the trophy have never actually made it to the final of the tournament. On four occasions the team has crashed out at the semi-final stage. Here are the five key players for South Africa in the 2019 World Cup. ICC Cricket World Cup 2019: Virat Kohli, Hardik Pandya and Other Key Players in the Indian Team for CWC. 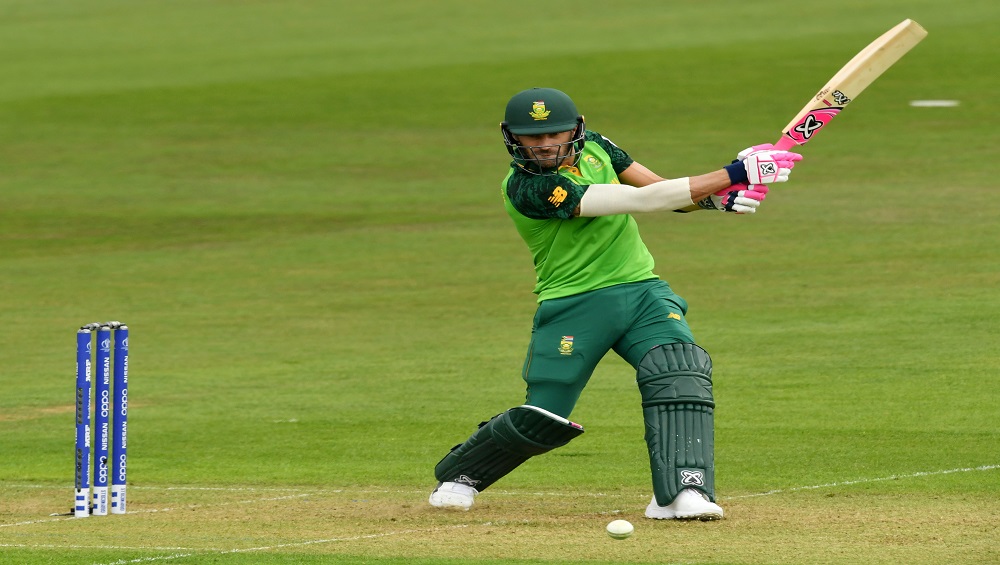 Faf du Plessis emerged as one of South Africa's most consistent batsmen in the past few years. He, somehow, filled the vacuum created after Jacques Kallis. Off late he has been in good form and that reflected in the recently concluded Indian Premier League 2019 (IPL 2019). Apart from his batting, du Plessis is known for his captaincy skills as well. 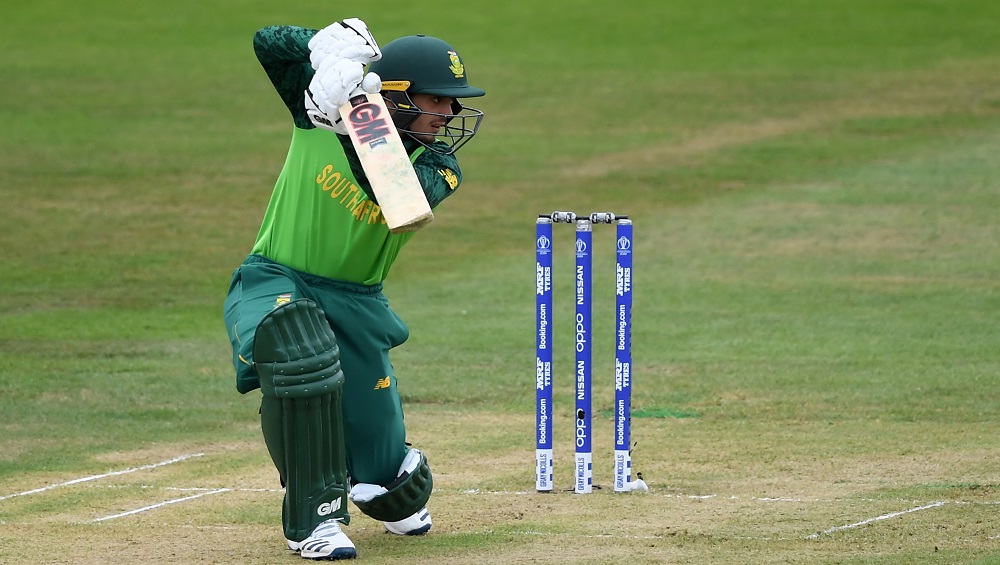 Apart from being the opener, the left-hand batsman de Kock is equally good with the gloves as well. De Kock’s ability to clear the ropes and to accumulate runs quickly will help South Africa at the top. Being one of the batting mainstays, de Kock’s form in the world cup can decide South Africa’s prospects in the tournament. Ahead of ICC Cricket World Cup 2019, Here’s 5 Disheartening Moments From Cricket’s Mega Tournament That Made Fans Emotional (Watch Videos). 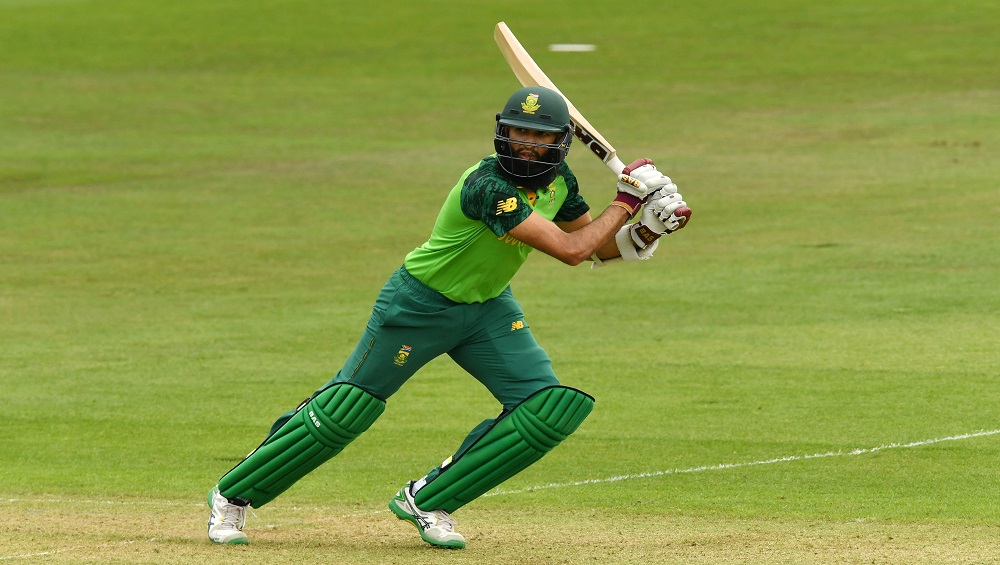 The right-handed batsman has often bailed the South African side out of the trouble with his impressive stroke-making. His ability to milk the opposition’s bowling in the middle overs and effortless stroke play in the Powerplay is something that gives depth to South African batting. Amla is a deadly combination of aggression with solid technique. 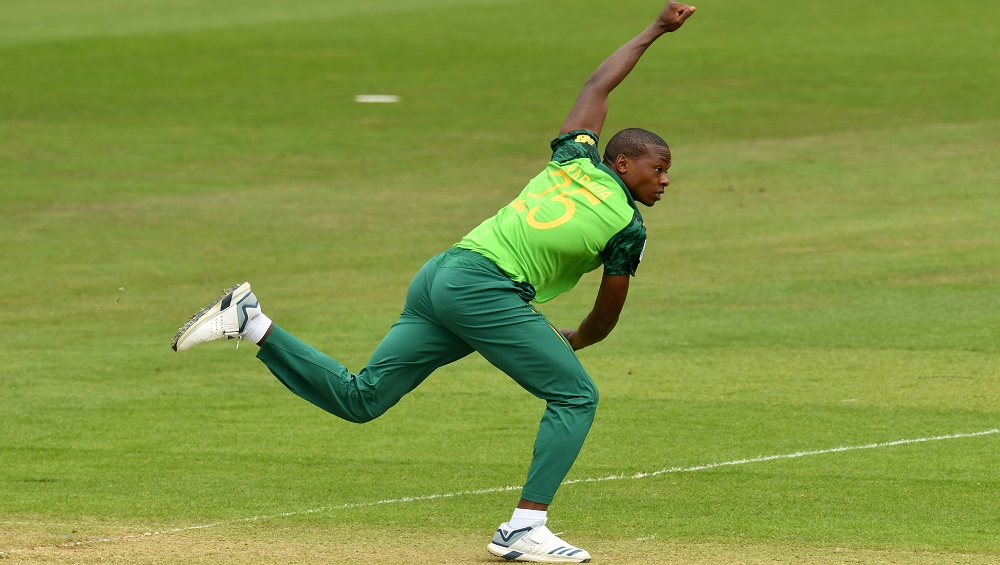 Rabada will be the bowler to look out for in this edition of the world cup. His pace and ability to put the ball at right places can trouble the batsmen in the seaming English conditions. In the IPL 2019, he took 25 wickets on tracks that did not had much assistance for the pacers. 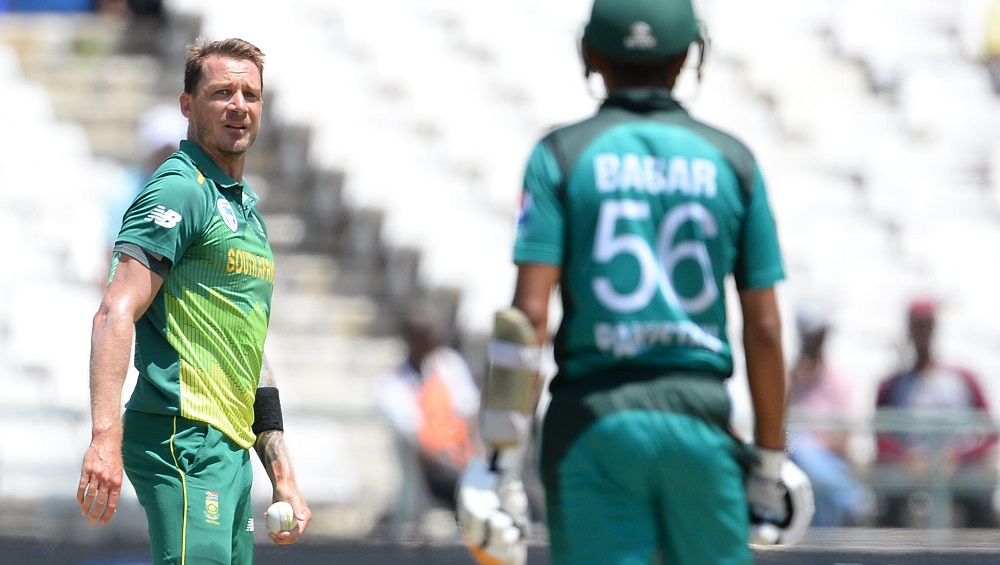 Steyn is considered as a key part of the South African pace attack that also includes Lungi Ngidi and Kagiso Rabada. He is the most experienced South African bowler. Steyn was sidelined from the national team’s one-day squad for two years following the fitness issues. He returned to the side in October last year. The pacer's fitness will decide the team’s composition.

South Africa will commence their ICC World Cup 2019 campaign against England in the opening encounter on May 30 at the Oval in London. In the warm-up match against Sri Lanka, the Proteas won the match by 87 runs. In the last edition of the World Cup, South Africa were knocked out in the semifinals against New Zealand.