The Indian cricket board (BCCI) has got the approval for visas for the Pakistan cricket team as well as the media for the upcoming T20 World Cup that will be held in India in October-December, it was announced at BCCI's Apex Council meeting on Friday. 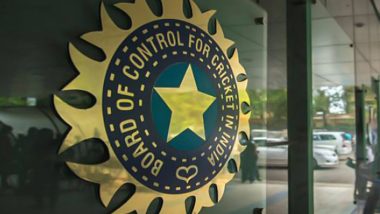 New Delhi, April 17: The Indian cricket board (BCCI) has got the approval for visas for the Pakistan cricket team as well as the media for the upcoming T20 World Cup that will be held in India in October-December, it was announced at BCCI's Apex Council meeting on Friday.

However, this wouldn't yet break the deadlock between the Indian and Pakistan cricket boards.

The Pakistan Cricket Board (PCB) chairman Ehsan Mani had earlier said that they are looking for visas for not just the players and the media but also for their fans. A failure on that count from the Indian board will push them into asking the International Cricket Council (ICC) to host the tournament in UAE.

The Apex Council, however, was apprised that the Union home ministry will decide on giving visas to Pakistan fans, it has been learnt.

There had been very little doubt earlier on Pakistan cricket team getting visa. The BCCI had given enough indications. The bone of contention, however, had been visas to media and fans which the Pakistan board had demanded.

While there has been a thaw in political relations between the two countries in recent times which has led to some Pakistan sportspersons arriving in India and competing, letting in Pakistan fans for the T20 World Cup could also depend on the Covid-19 situation in the country at the time.

With rising Covid-19 cases in India, it is unlikely a decision on fans will be taken any time soon by the ministry.

As many as 14 items were discussed in the Apex Council meeting.

One of the items (Item No. 13) concerned inclusion of cricket in Los Angeles Olympic Games.

The Board hasn't yet reached a decision on it yet, though in principle they have agreed to sending a team to the 2028 Los Angeles Olympic Games. Further discussions will be done with the Indian Olympic Association.

Among other issues discussed was the status of the new National Cricket Academy premises (Item No. 6 on the agenda), the 2021-22 domestic cricket season (Item No. 9) and the organisation of T20 leagues tournaments by Tamil Nadu, Mumbai, Karnataka and Saurashtra.

While it has been learnt that the council was told the 2021-22 domestic cricket tournaments will happen as they have happened in the past on schedule, a final decision will be made later going by the prevailing Covid-19 situation in the country.

(The above story first appeared on LatestLY on Apr 17, 2021 10:00 AM IST. For more news and updates on politics, world, sports, entertainment and lifestyle, log on to our website latestly.com).