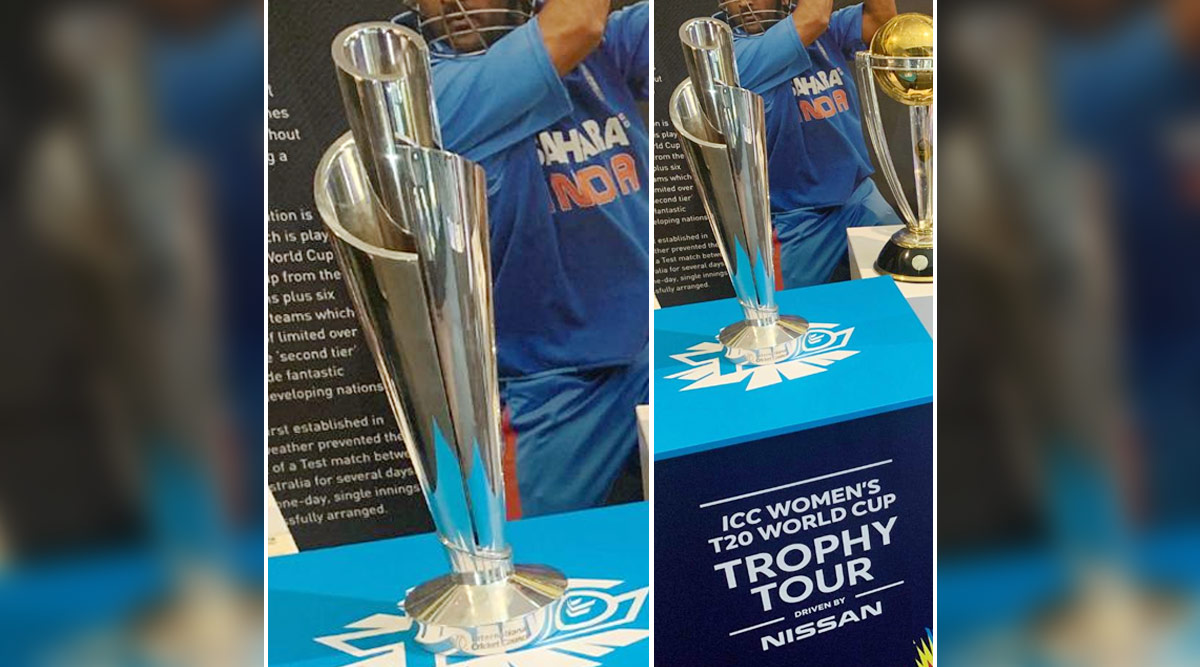 The 2020 ICC Women’s Cricket World Cup trophy reached the Bradman Museum in Bowral, Australia on January 10, 2020 (Friday). The official Twitter account of the T20 World Cup shared a picture on its page showing the ICC Women’s World Cup trophy comfortably placed alongside the trophies of other elite cricket tournaments at the International Cricket Hall of Fame. The trophy for 2020 T20 women’s World Cup was launched on January 08, 2020 (Wednesday) and is currently on a 44-day tour during which it will visit 40 iconic locations in the country. The trophy was launched at the iconic Bondi Beach in Sydney two days ago and after a tour in the golden sands on the Bondi Beach, the precious showpiece is visiting Bowral and has been kept at the Bradman Museum, also called the International Cricket Hall of Fame. The ICC Women’s T20 World Cup 2020 is set to start on February 21 later this year with defending champions Australia playing India in the opening game.

In a picture shared by the T20 World Cup on its official twitter page, the glittering trophy can be seen placed along with ICC’s other showpieces. The men’s and women’s 50-over World Cup trophy can also be seen in the background. The women’s World Cup is in the front followed by its Cup associates. The ICC Women’s World Cup 2020 will run till March 8, 2020 – with the final being played on the same day. Check Full Tour Schedule of 2020 ICC Women's World Cup Trophy.

A press release from ICC stated that the trophy is set to cover a total of 14,000 kilometres around Australia, giving the fans an incredible opportunity of seeing the prestigious cup. It is ICC’s endeavour to bring communities and cultures together as excitement builds towards the global event.