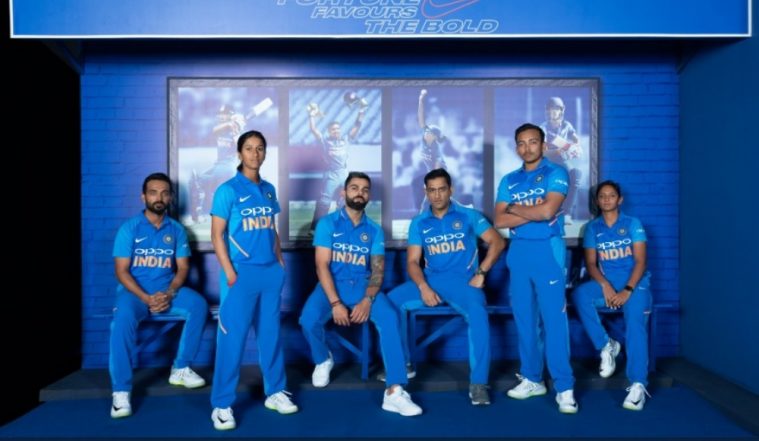 India so far has won the ODI World Cups in 1983 and 2011, and the T20 World Cup win in 2007. With this, Virat Kohli and men would want to repeat their feat that MS Dhoni and men had the previous World Cup winning captains. The mega-event will witness the participation of 10 teams in the mega event. For now, let us have a look at the jersey that the Indian team has had over the years. ICC Cricket World Cup 2019 Schedule in PDF: Ticket Prices, Dates, Venue Details & Timetable Available for Download Online. 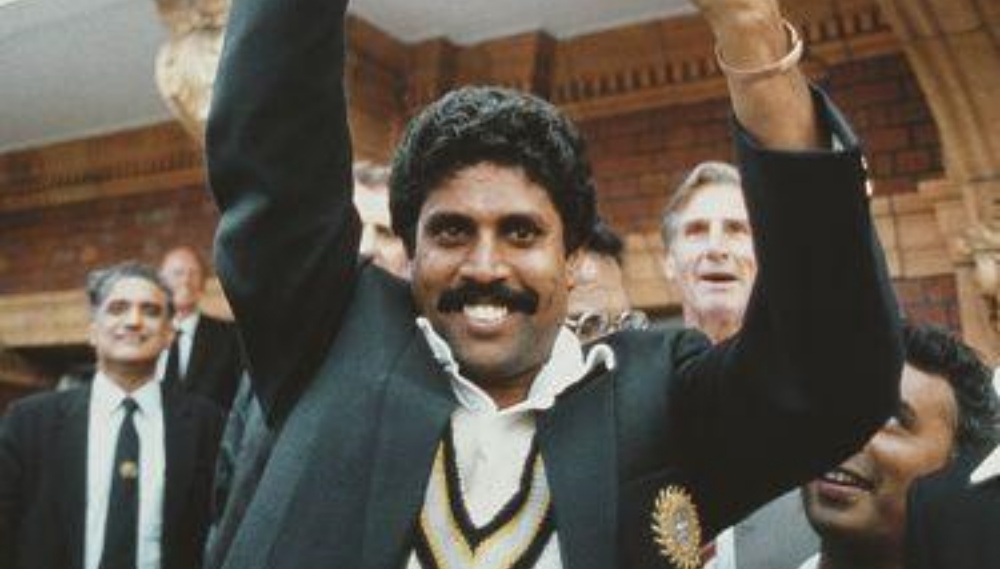 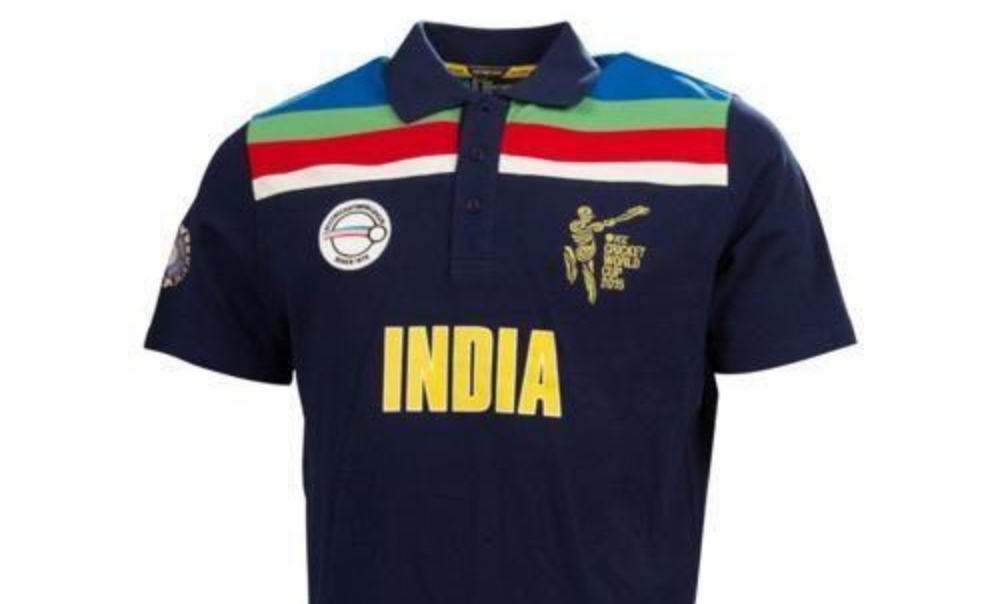 Now, most of the people of generation the jersey donned by Mohammed Azharuddin was the coolest one. The Indian team donned a navy blue jersey and the design was consistent for all the teams. The jersey had the names of the teams inscribed on the front and the logo of the respective teams. It also had the logo of the ICC Cricket World Cup. 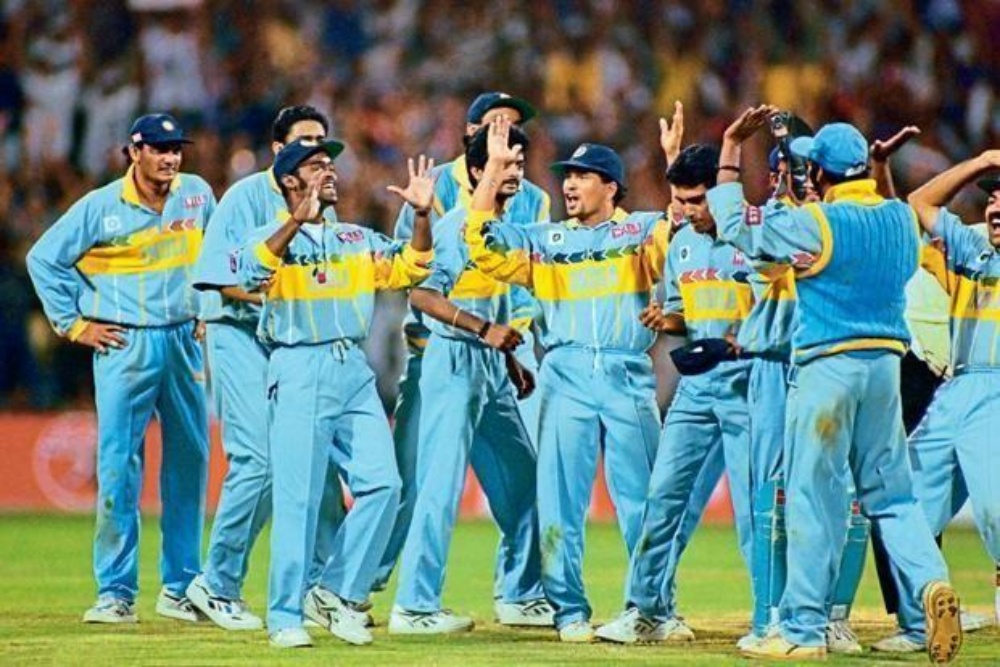 The team wore a lighter shade of a jersey in the mega event which was held in the sub-continent for the first time. The collars of the jersey were yellow and there were rainbow coloured arrows running across the chest and down the sleeves. 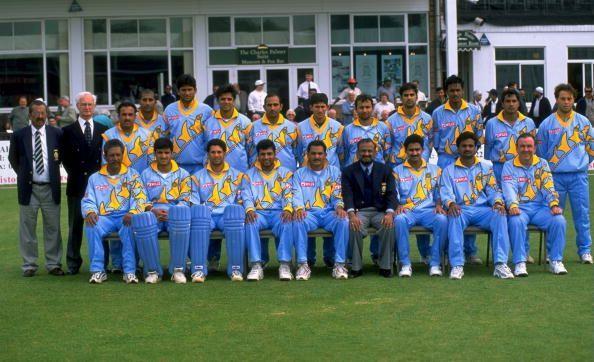 The jersey worn by the Indian team in this World Cup was far more vibrant. Along with the yellow collards, it had fish tails running diagonally with black borders. The mega event was held in England. 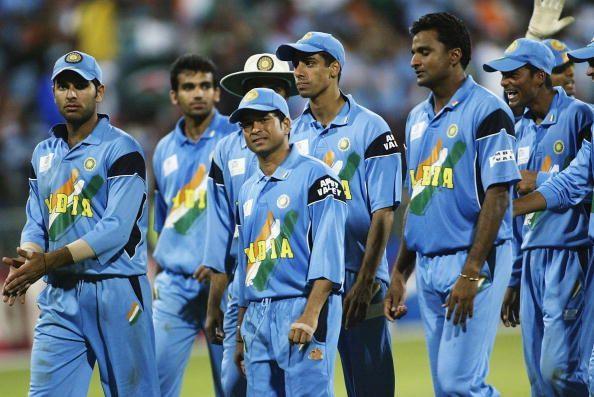 This was one of the most successful outings that the Indians had after 1983 as the team went on to reach the finals of the World Cup in Africa. Sourav Ganguly and men were seen wearing a slightly darker shade of blue as compared to the previous editions. The colour yellow was removed completely and had the patches of tri-colour on the front. The outfit also had black patches on the shoulders and sides. 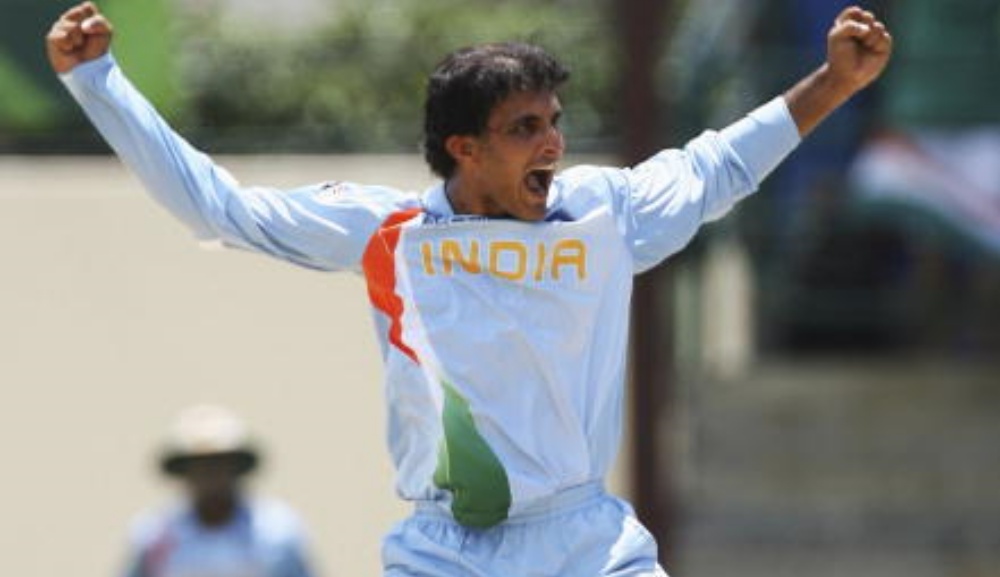 Rahul Dravid and men had travelled to West Indies for the mega event. The team had been sent home from the league stage itself. The team was seen wearing a very light shade of blue jersey with Tri-color on the right side. It also had India sewn in yellow in the middle. 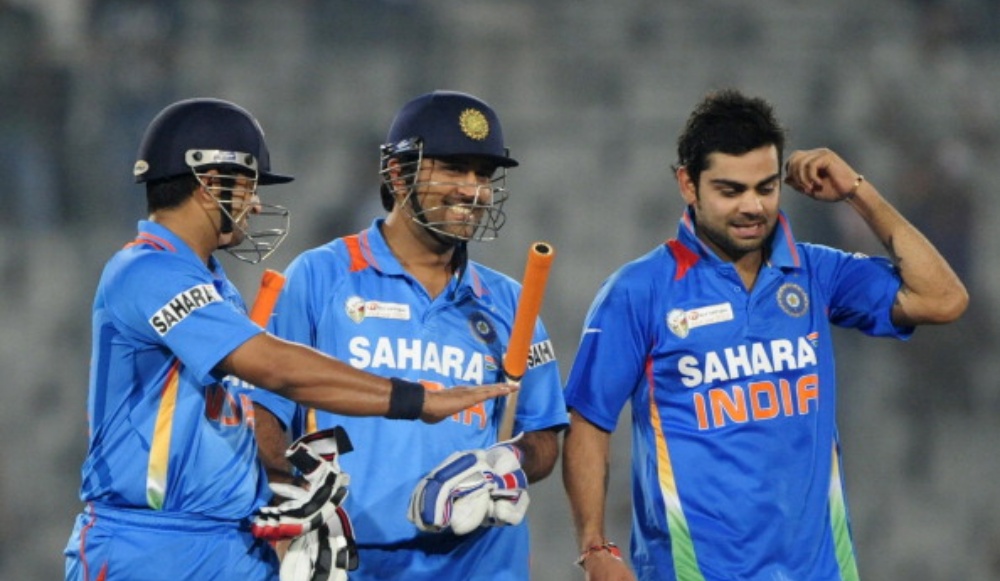 Now, this was the most memorable outing for the Indian team as MS Dhoni and men lifted the coveted trophy after 28 years. This time, the colour of the jersey was darker and India was written in orange.

BCCI in association with @NikeCricket unveil the all new Official Team #India Jersey at the MCG pic.twitter.com/MtuPZr1z3o

The jersey donned by the Indian team in the World Cup 2015 was made by recycled bottles. The design was simple but had darker patterns. The shade of blue was quite similar to the one used in the previous edition The only difference was the team name in orange had white borders.

The new kits have arrived! As the Men in Blue put on the revamped jerseys for the first time, we take you behind the scenes to know what’s changed - by @28anand

Not very long ago did the BCCI unveil the jersey for the upcoming mega event. As mentioned above the jersey this time for ICC Cricket World Cup 2019, has dates of the of India's past World Cup triumphs behind the back collar.