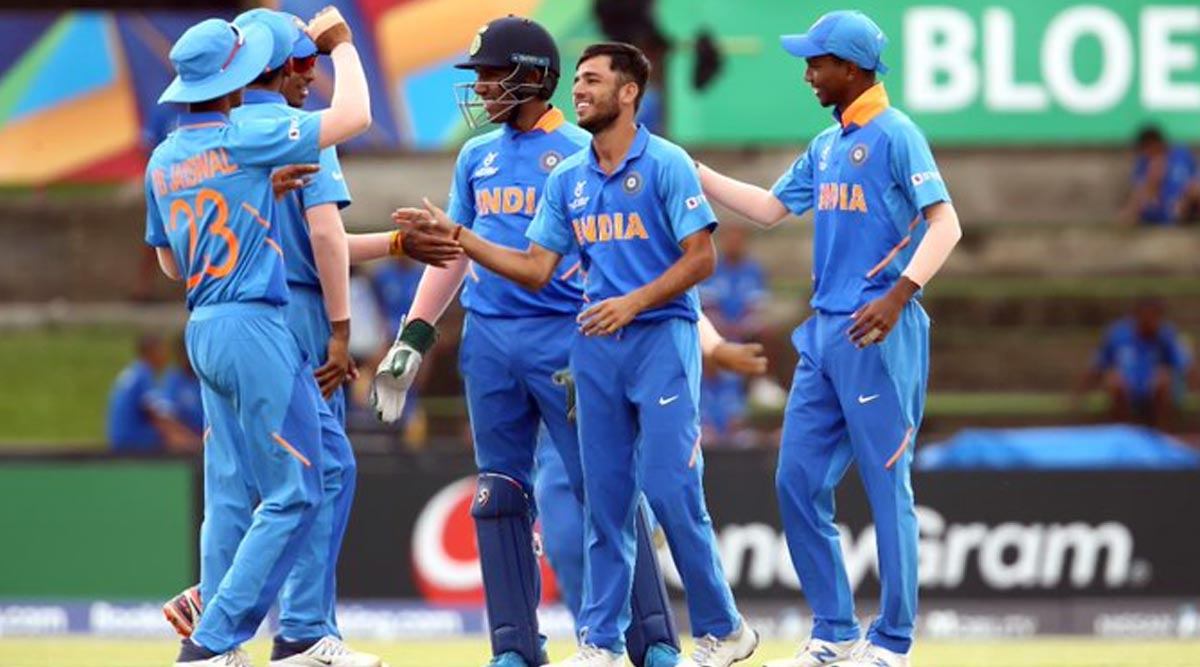 India U-19 cricket team maintained their perfect start to ICC U19 Cricket Cup 2020 with another dominant win. India U19 beat tournament debutants Japan U19 by 10 wickets to continue their winning run in ICC U19 CWC 2020. Ravi Bishnoi and Kartik Tyagi were the stars for India with the two combining for 7 wickets between themselves to bundle Japan for 41 runs after Indian skipper Priyam Garg had called right opted to ball first. Yashasvi Jaiswal (29) and Kumar Kushagra (13) then chased down the target in just 4.5 overs to lead India to another mammoth win in the 2020 ICC U19 World Cup in South Africa. India U19 lead Group A with 4 points after successive wins in the tournament. Rakibul Hasan Takes First Hat-Trick of ICC Under-19 Cricket World Cup 2020, Achieves The Feat During Bangladesh vs Scotland Match (Watch Video).

Japan, whose debut World Cup appearance against New Zealand was washed out due to rain, failed to last longer than 23 overs with India’s bowlers making merry by folding the minnow for just 41 runs. Japan lost their first six wickets in pairs and were struggling at 19/7 at one stage – already on the run to beat Scotland's record (22) for the lowest runs ever scored in ICC U19 World Cup history. ICC U19 Cricket World Cup 2020 Points Table.

But a barrage of wide deliveries and a brief period of resistance from the Japan U19 lower order helped Japan post 41 runs on board. Their score now is the joint- second-lowest total ever scored in ICC U19 Cricket Cups with Canada and Bangladesh also recording the same total in past editions of the tournament. Scotland holds the record for the lowest total ever scored in a U19 ICC Cricket World Cup match.

Kartik Tyagi (3/10) started the collapse for Japan U19 with a double-wicket over before Ravi Bishnoi repeated the same feat three overs later. Bishnoi finished with figures of 8 overs, 3 maidens, 5 runs and 4 wickets as none of the Japan U19 batsmen managed to reach double figures. Five of their batsmen were out without opening their account.

In reply, India needed only 4.5 overs to chase down the target with Yashasvi Jaiswal remaining not-out on 29 runs from 18 deliveries with 5 boundaries and a maximum. His opening partner, Kumar Kushagra scored a steady 13 from 11 deliveries to maintain India’s clean slate in the tournament.