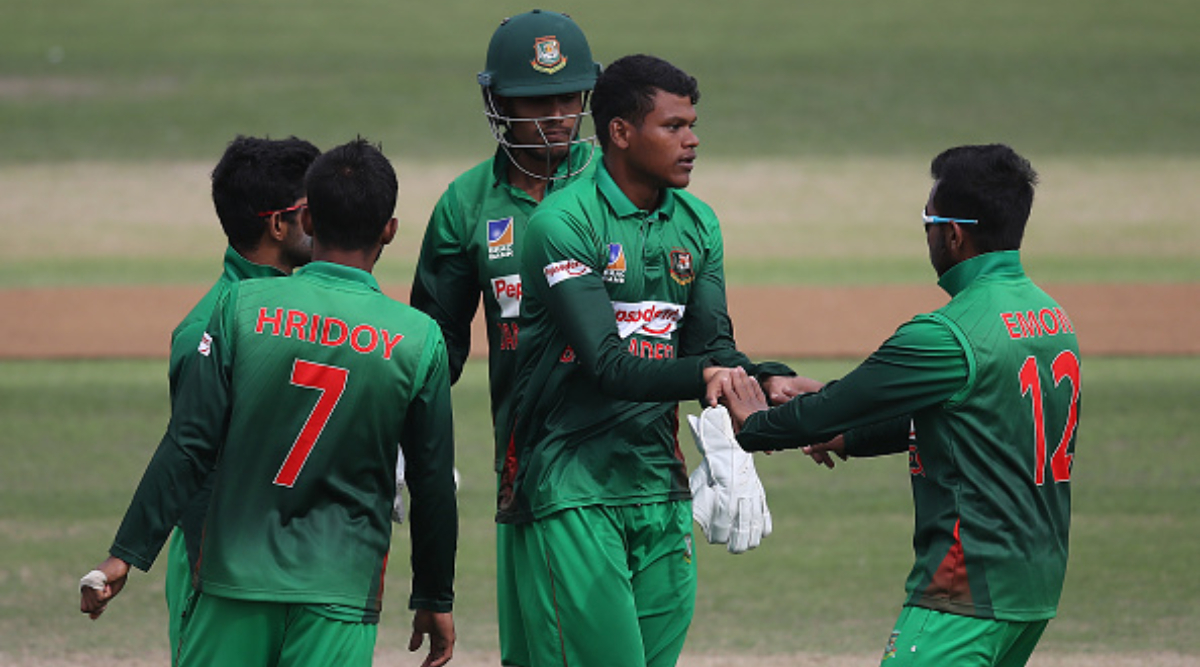 Bangladesh Under-19 team spinner Rakibul Hasan has taken a hat-trick in the ongoing ICC U19 World Cup during a clash against Scotland U19. The 17-year-old was at his absolute best in his fourth over of the game as he dismissed Kess Sajjad, Lyle Robertson and Charlie Peet in three consecutive deliveries to achieve this extraordinary feat. Bangladesh and Scotland are both competing in Group C of the competition which also includes the likes of Pakistan and Zimbabwe. The match is being played at the Witrand Cricket Field in Potchefstroom, South Africa. BAN U19 vs SCO 19 Live Streaming Online of ICC Under-19 Cricket World Cup 2020.

Rakibul Hasan was brilliant during the ICC Under 19 World Cup game between Bangladesh and Scotland as the left-arm spinner took a brilliant hat-trick. The Scottish national team were already in a dangerous position before Hasan came on to bowl as they were struggling at 66/5 in the 23rd over of the game. The 17-year-old then completely bamboozled the opposition as he dismissed K Sajjad, L Robertson and C Peet to take the first hat-trick in this year’s competition. Sajjad was the first one to be dismissed as was bowled by the young spinner then Robertson was the next man to be sent back in the pavilion on the very next delivery. The Bangladeshi spinner reached this extraordinary milestone as he rattled Charlie Peet’s timber on the fifth delivery of the over. ICC U19 Cricket World Cup 2020 Points Table.

Scotland U19 were all out 88 runs as only three batsmen were able to reach the double-figure mark with Syed Shah being their highest run-scorer on 28. Rakibul Hasan finished the match with the figures of 4/20 in 5.3 overs and Jamie Carnis was his final victim. Along with Hasan, Shoriful Islam and Tanzim Sakib bagged a couple of wickets each.