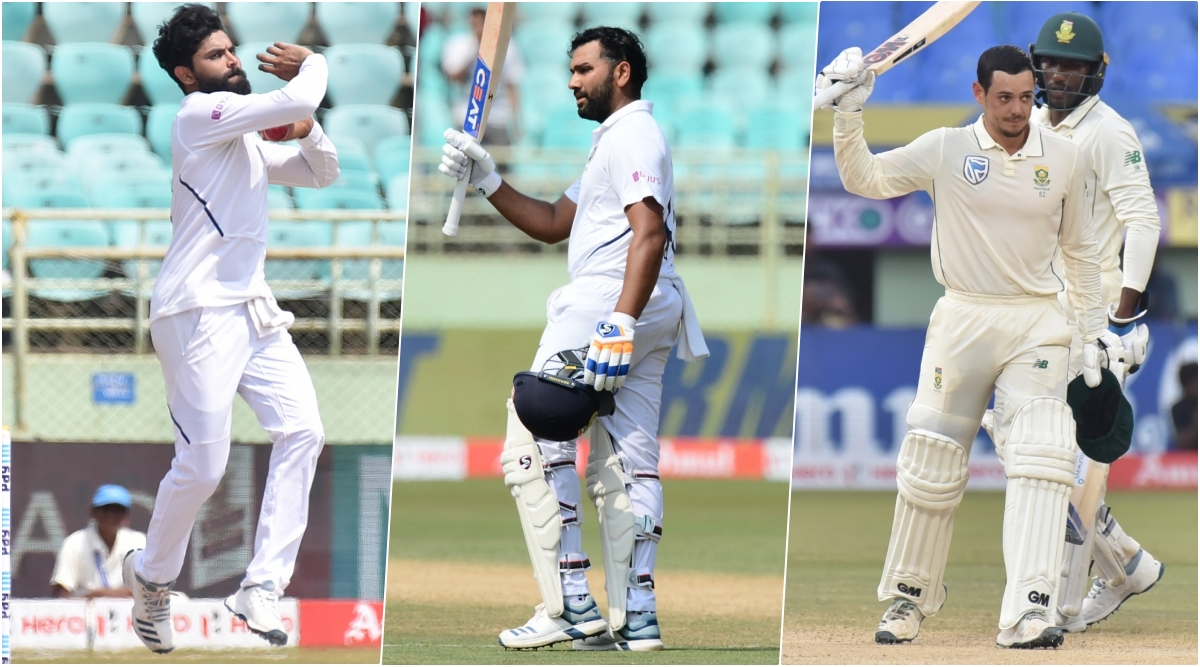 After a sparkling performance from its bowlers on the final day of the Visakhapatnam Test that helped secure a win, India play South Africa in Pune's at Maharashtra Cricket Association Stadium in the second Test. If the previous Test held against Australia at the venue is anything to go by, the Proteas have a lot to worry about. That game ended in just three days with the spinners claiming 31 wickets. South Africa did put up a good show in the first innings of the first Test and must believe in their abilities to bounce back. For the hosts, their test squad has been in the ascendency for quite a while now, and they will fancy another test win. Here's a look at the players to watch out for in India vs South Africa 2nd Test match. India Vs South Africa, Cricket Score 2nd Test Match in Freedom Trophy, 2019.

The Indian all-rounder is almost unplayable in Indian conditions, and he showed that with his 4 wicket spell against South Africa in the first Test. On the 4th and 5th day of the games when the pitch is rugged, Jadeja's turns square, and there are not many who can face his fire. With the bat too he is quite handy these days which is a bonus.

Ravindra Jadeja's spin twin Ravi Ashwin has been one of India's most consistent bowlers in the format for the best part of five years now. He did not get a chance on the West Indies tour, but with a more settled line-up in Indian conditions, Ashwin once again is the go-to guy for Virat Kohli.

A dream first game as an opener, Rohit Sharma slammed centuries in both innings of the first Test, and naturally, all eyes will be on him as he hopes to lead India's charge in the Pune Test. If he survives the opening burst from Proteas' bowlers, then there is not much that can trouble the Mumbai Indian's skipper. He is particularly aggressive against spin and does not allow the slow bowlers to dominate, which can hurt South Africa in these conditions.

A dream century in the first innings by the wicket-keepers as he looks the only player from the Proteas camp that can attack the host's bowling line-up. He will need to be at his best once again in difficult conditions of Pune where he will have to use all of his skills to overcome the challenge dished out at him.

3 wicket in the first innings of the Visakhapatnam test followed by a double in the second innings is not good enough if you are the lead spinner of your side playing in the subcontinent. Maharaj has to improve his game and take more risks when bowling against an Indian top-order that is looking to dominate him.

These are the players who will be in the spotlight again from their respective sides. India, if they play to their potential again should not find it difficult to wrap up the series.