India vs South Africa 1st Test 2019: Virat Kohli vs Kagiso Rabada & Other Exciting Mini Battles to Watch Out for in Visakhapatnam 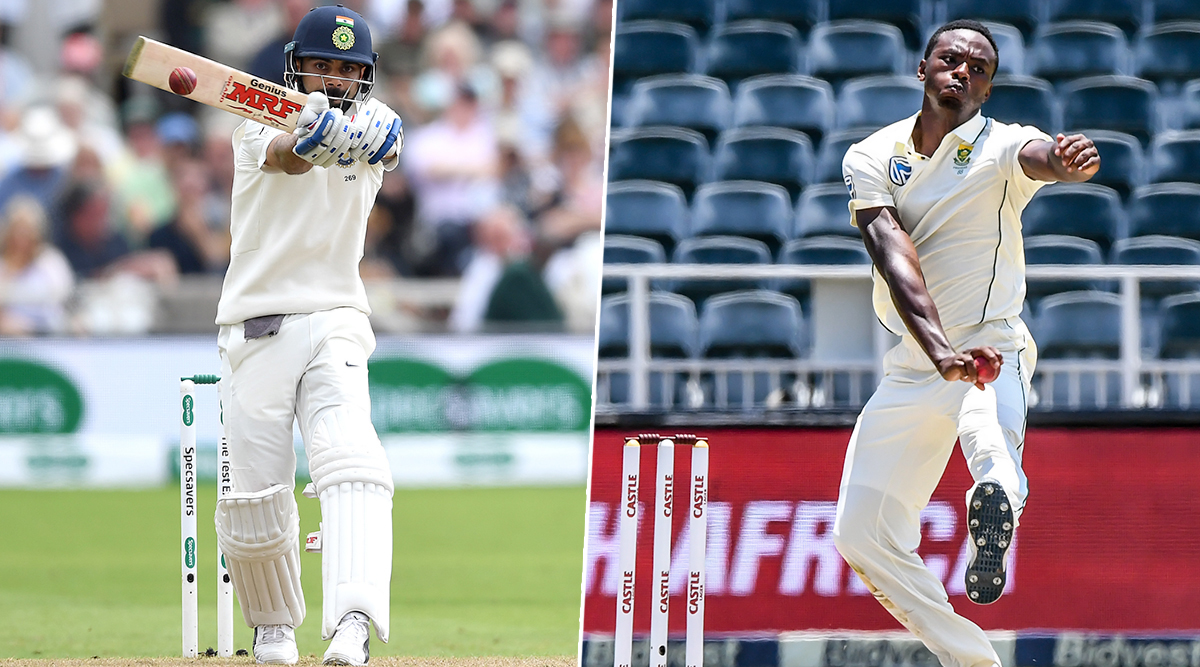 India will lock horns with South Africa in the first Test in Visakhapatnam on October 2. South Africa’s 2019 Tour of India started with a 1-1 draw in the T20I series and the focus in now focus has shifted in the longest format. India is at the pinnacle of the ICC Test team ranking and defeating them in their den is certainly not an easy job. However, the Proteas squad also consists of many players who can turn the tables very quickly and the upcoming series will be quite interesting for the cricket fans. The first Test in Visakhapatnam might see a good contest between the red cherry and will, and we will focus on three such mini battles from the first Test.  India Vs South Africa, Cricket Score 1st Test Match.

The series is quite crucial for South Africa as their campaign in the World Test Championship will also start in the first Test. Several young guns have shown great promise for the Proteas side and will look to make a mark against India as well. The Virat Kohli vs Kagiso Rabada battle is something, the fans are talking about for a long time and will be witnessed in the upcoming match. Along with that, it will be interesting to see, how the visiting batsmen will tackle the spin threat. So, let check out three mini battles that the fans can witness in the 1st India vs South Africa Test. India vs South Africa, 1st Test 2019, Key Players: Rohit Sharma, Kagiso Rabada, Wriddhiman Saha and Other Cricketers to Watch Out for in Visakhapatnam.

The battle between these two players was discussed way before the series started. The skipper is arguably the best batsman going around and the same can be said for Rabada in the bowling department. In the T20Is, Kohli demolished Rabada in the second T20I, while the pacer claimed the Indian skipper’s wicket in the third clash. So, the battle is even till now and let’s see who comes on top in the first Test.

After warming the benches in the Test series against West Indies, Ashwin will look to make a spectacular comeback against the Proteas. The off-spinner has an incredible record at home and will be great threat to the visitors. However, the Indian veteran will be challenged by Quinton de Kock who comes at number six in the batting order. De Kock has been in great form in T20Is but facing Ashwin with the old ball will be a tough job.

Jadeja has a unique knack of scalping the opposition captain in the home Tests. Michael Clarke and Alastair Cook were completely clueless against the left-arm spinner. This time it’s Faf du Plessis who has to tackle the veteran. Both Du Plessis and Jadeja play for Chennai Super Kings in IPL and would have faced each other in nets as well. So, the battle between them will be fascinating for cricket fans.

The last time when Proteas toured India, they were completely outplayed by the hosts and faced a 3-0 defeat. This time the side is coming with a young team and will face a strong Indian side. The pitch of Visakhapatnam has generally assessed the spinner and both the teams will aim to adapt the conditions and win the series opener.