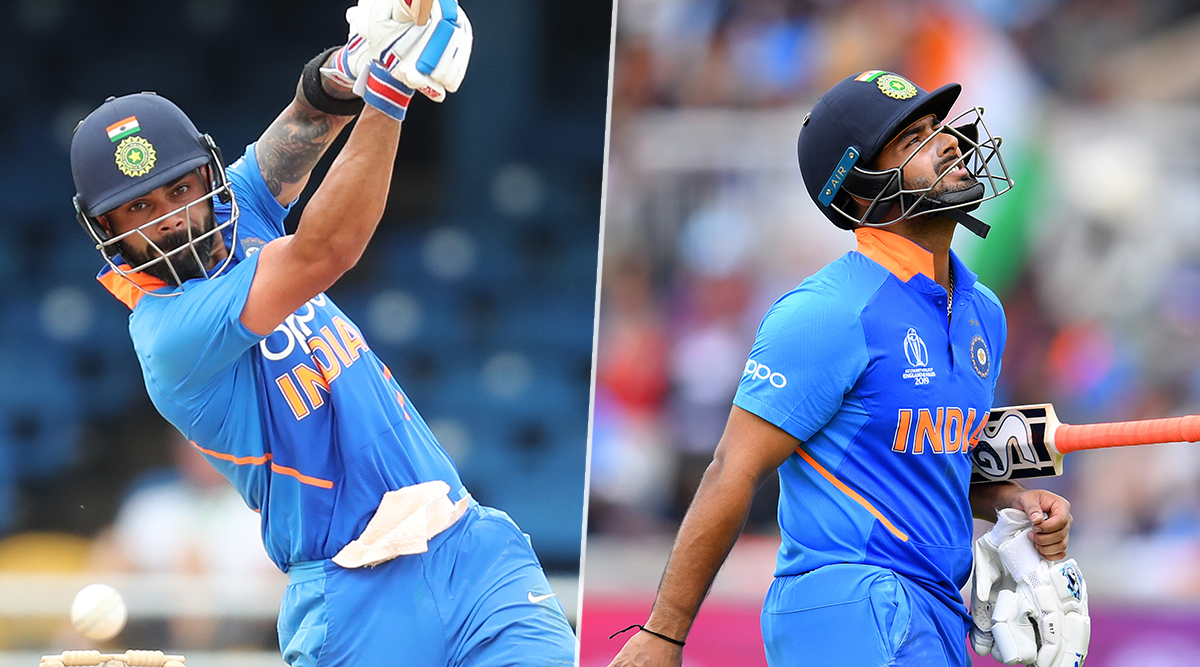 Indian skipper Virat Kohli gave a victorious finish to India vs West Indies 1st T20I 2019 after hitting a 94-run knock in the match. IND vs WI 1st T20I 2019 at Rajiv Gandhi International Stadium in Hyderabad witnessed a flood of sixes by India captain, who did not leave the crease without smashing the victory runs for India. India chased down the massive 208-run target after Virat Kohli and Lokesh Rahul hit half-centuries in the match. While Twitterati lauded Indian skipper for his spectacular batting, few Indian cricket fans also trolled Rishabh Pant for losing his wicket cheaply once again. India Vs West Indies, Live Cricket Score 1st T20I Match - Full ScoreCard.

Twitterati shared hilarious memes and funny tweets to troll Rishabh Pant. They made analogies to popular Bollywood films’ dialogues to take a dig at Rishabh Pant. Rishabh Pant started well with a six at long-leg but lost his wicket after a foolish shot. He was caught out by Jason Holder on a slow delivery by Sheldon Cottrell outside off-stump. Have a look at some of the tweets trolling Rishabh Pant.

Same shot and same result for #RishabhPant, only this time the dismissal is not at the midwicket boundary. #INDvsWI

On the other hand, Twitter users also saluted Virat Kohli for his spectacular innings, which observed him hitting 6 sixes and an equal number of fours. India also chased the highest successful T20I score in the match against West Indies. India reached the 208-run target in the 19th over itself. Khary Pierre took two wickets while Sheldon Cottrell and Kieron Pollard accounted for 1 wicket each. Have a look at few tweets applauding Virat Kohli, who also hit his highest T20I score with 94.

This Kohli. Repeating again This Kohli is everything.

When he was struggling He was so frustrated . He was abusing himself.

I Love this Kohli.

Earlier, India won the toss and elected to bowl. West Indies put up 207-5 on the scoreboard in the first innings with great knocks from the Caribbean team. Evin Lewis hit 40 runs off 17 balls and Brandon King smashed 31 runs off 23 balls. Kieron Pollard, Jason Holder and Shimron Hetmyer also played good knocks with the bat.