India will face Zimbabwe in the 2nd ODI game on August 20 at Harare Sports Club. The visitors would look to win the series after they beat the hots by 10 wickets in the series opener. 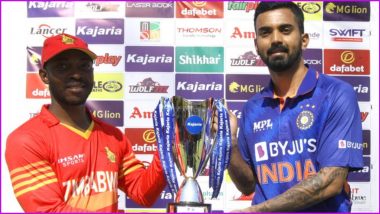 India will resume their rivalry With Zimbabwe once again in the the 50-over cricket as the they are set to lock horns in the 2nd match of three-game ODI series on Saturday, August 20 at the Harare Sports Club. The match has a scheduled start time of 12:45 PM IST (Indian Standard Time). After winning the first ODI by ten wickets, the Men in Blue would look to continue their dominance here also. This Zimbabwe tour will be the practice session for the upcoming Asia Cup 2022 where India will start their campaign against Pakistan on August 28. While Indian team are flying high at the moment, Zimbabwe would also aim to recover from the heavy defeat against the visitors in this white-ball cricket match. It would be tough for the hosts to turn things around as they would be up against the pumped Indian side whose stand-in captain KL Rahul would be hungry to score some runs after returning to the Indian team following recovering from injury and Covid-19 infection. India Likely Playing XI for 2nd ODI vs Zimbabwe: Check Predicted Indian 11 for Cricket Match in Harare

All the eyes will be on Rahul as he has been named India's captain instead of Shikhar Dhawan who recently led India to victory in both one-day and T20I series against West Indies and is on a red hot form, scoring three half-centuries in the last four ODIs. Big guns like Rohit Sharma, Virat Kohli, Mohammed Shami and Rishabh Pant have been rested to be ready for Asia Cup 2022. Shubman Gill and Deepak Hooda would certainly try to prove to be much more than a handful for hosts, with the former hitting a fifty in the 1st ODI game. Mohammed Siraj, Prasidh Krishna, Deepak Chahar and Kuldeep Yadav would be leading the Indian bowling attack against the hosts.
For the hosts, they would definitely look to strike India with the help of Sikandar Raza, Chakabva, and Innocent Kaia before the visitors meet Pakistan in the Asia Cup 2022.
Harare  Weather Report: 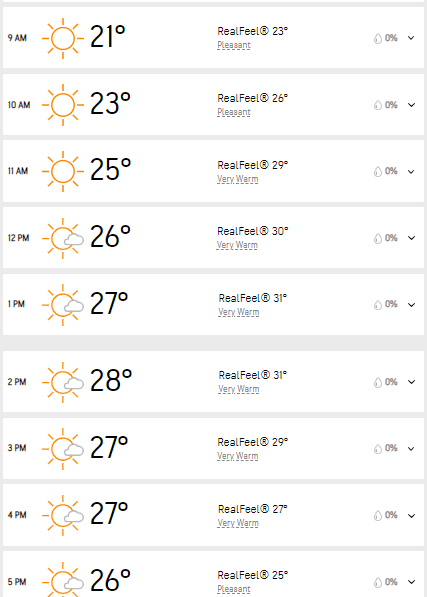 The weather forecast during the second ODI game between India and Zimbabwe is favourable as it will stay sunny in the early hours during the match.  But rain can play spoilsports later in the game as there would be cloudy weather later. However, there is no forecast for rain tomorrow from 12 PM to 8 PM local time. The temperature would be around 21-28 degree Celsius in Harare.

The pitch would be a perfect for the batters to score runs just like it did in 1st ODI. Teams would look to bat first after winning the toss as it will be easy for the teams to post a massive total on the board. Batters would find it easy to take all types of shots as it can be expected that ball would not move much. The team chasing down the total might find it difficult to score runs as humidity could play a big role in the death overs during second innings.

(The above story first appeared on LatestLY on Aug 19, 2022 07:41 PM IST. For more news and updates on politics, world, sports, entertainment and lifestyle, log on to our website latestly.com).