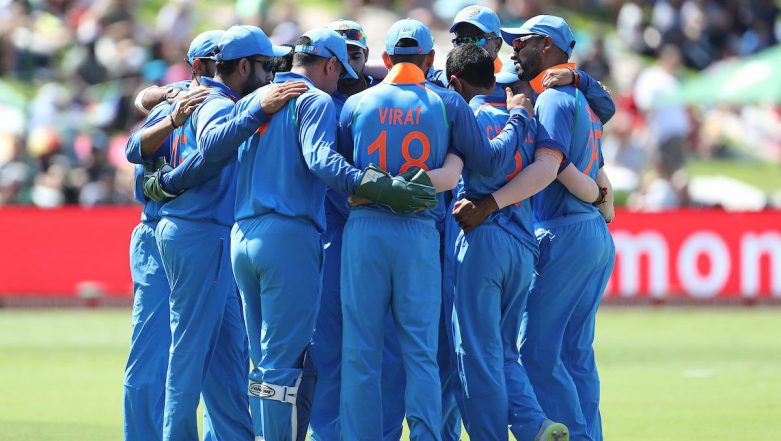 Mumbai, June 3: Team India will play a total of 12 Twenty20 Internationals, nine ODIs and five Tests in its 2019-20 home season, the Board of Control of Cricket in India announced on Monday. ICC Cricket World Cup 2019 Points Table Updated: Bangladesh Move to 5th Spot on Team-Wise Standings With Win Over South Africa in CWC19 Round-Robin Match.

India will start their season with a series against South Africa, where the Proteas will play three T20Is and as many Tests with the season starting on September 15 in Dharamsala. Later, Bangladesh, Zimbabwe, West Indies and Australia will also tour India during their respective season schedule, which will extend till March 2020.