The ICL began in 2007. There were six teams, and cricketers were chosen from around the world. The Indian cricketers made way more money than what they did while playing domestic cricket. 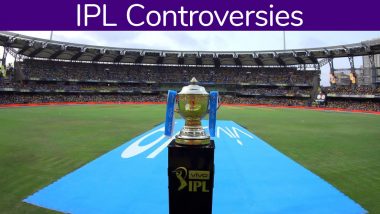 The Indian Cricket League (ICL) began in 2007, about a couple of months after India won the inaugural T20 World Cup. Preparations had been underway for a few months. They had finalised on the teams and cricketers, and had appointed Kapil Dev as head of their executive board. The money involved was significantly more than what the Indian cricketers made while playing domestic cricket. IPL 2021 Schedule in PDF for Free Download: Get Indian Premier League 14 Venues, Full Time Table, Fixtures and Match Timings in IST.

BCCI banned the ICL cricketers from playing for India. Most of them did not change their mind even at that. BCCI also sacked Kapil from the National Cricket Academy, and made it difficult for the ICL to find a venue for the tournament.

They also announced their own ‘official’ T20 league, the Indian Premier League (IPL). They held the trump card – of the major Indian stars, from Sachin Tendulkar and Sourav Ganguly to the new ICC Trophy-winning captain, MS Dhoni. When asked whether the IPL was a response to the ICL, Lalit Modi told that it was in the pipeline for two years. At that point Modi was IPL Convenor and BCCI Vice-President. IPL 2021: Three Changes Indian Premier League Will Witness This Season.

Without an official venue, the ICL teams practised at the Mayajaal Complex, a resort near Chennai on the way to Puducherry. They were also all grounds owned by the Indian Railways (by Railways Minister Lalu Prasad Yadav) as well as the Eden Gardens (by West Bengal Sports Minister Subhash Chakraborty). The matches were played at the Tau Devi Lal Cricket Stadium in Panchkula.

But while popular in its initial stages, the ICL fizzled out by 2009. The cricketers accepted an amnesty offer from the BCCI and joined the IPL. However, ICL did leave a legacy. The fees for cricketers went up from INR 16,000 a day to INR 35,000.

(The above story first appeared on LatestLY on Apr 02, 2021 05:15 PM IST. For more news and updates on politics, world, sports, entertainment and lifestyle, log on to our website latestly.com).