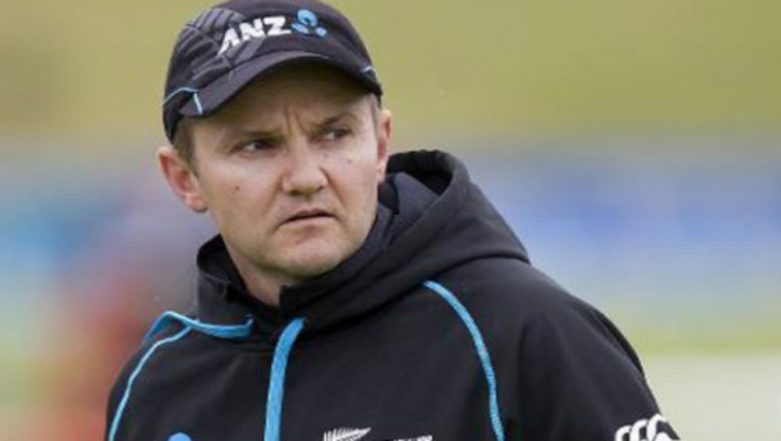 New Delhi, August 8: Mike Hesson, head coach of Kings XI Punjab, has announced that he has parted ways with the Indian Premier League (IPL) franchise after one season at helm with them."I thoroughly enjoyed my time with the Kings XI franchise and wish to thank them for the season I had in charge," Hesson tweeted on Thursday. Tim Southee Reveals That New Zealand Players Still Discuss About the Heartbreak Loss Against England in CWC 2019 Final.

"Whilst disappointed not to be able to build on the work we did this year, I'm sure success isn't too far away for them. I wish them all the best for the future," he added. This development comes amid a stuff.co.nz report that Hesson is down to the final three in the Indian coaching race and is being lined up by Pakistan as Mickey Arthur's potential replacement for the role of head coach. Over 2000 Apply for Indian Cricket Team Head Coach Position: Report.

The former New Zealand coach took over from Brad Hodge in October last year after Kings XI failed to enter the playoffs of 2018 IPL edition. Even though he had signed a two-year contract, the 44-year-old will leave the role midway with the Punjab-based franchise, who finished sixth in this year's edition.