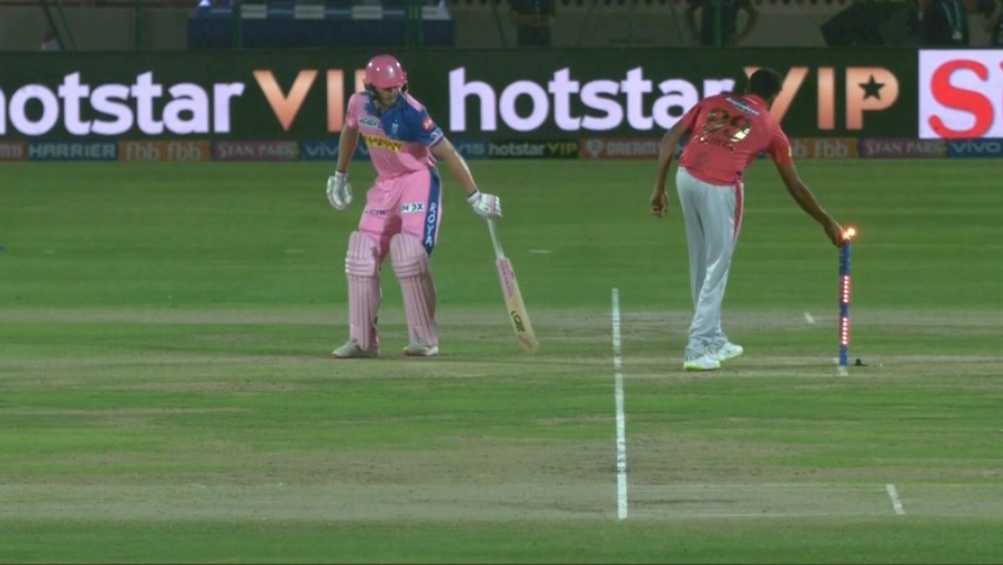 It has already been a year when Ravichandran Ashwin mankanded Jos Butler during IPL 2019. The India spinner who represented Kings XI Punjab in the last season was handling the bowling duties and Jos Butler at the non-striker end moved out of the crease and Ashwin clipped the bails. Since then, the Indian spinner has been subjected to trolls even today. Yesterday a year after that incident, Ashwin posted a picture and connected the same to the present situation where the people have been asked to stay indoors to avoid the outspread of coronavirus. Now, a day after the tweet, Jos Bulter who chose Delhi Capitals’ Ravi Ashwin as his quarantine partner had a hilarious response to the same. Jos Buttler Mankaded by Ravichandran Ashwin! Takes The Wicket as Per Law but Against the Spirit of Cricket; Watch Video from RR vs KXIP IPL 2019 Match.

Jos Butler during an interview was asked by Sky Sports as to who would he chose to be his quarantine partner to which opted for Ravi Ashwin. “It’s actually a year ago since I got 'mankaded' because I keep getting tweeted about it, saying 'stay safe, don't go outside' with those pictures of me,” he said. You can check out the video of the incident below and Ravi Ashwin’s tweet as well.

Hahaha, somebody sent me this and told me it's exactly been 1 year since this run out happened.

As the nation goes into a lockdown, this is a good reminder to my citizens.

The coronavirus has led to the cancellation of all the major sporting events across the globe. However, Jos Butler was quite hopeful of the IPL 2020 happening even if it's cut short. As of now, there have been no updates on how and when the tournament will happen.